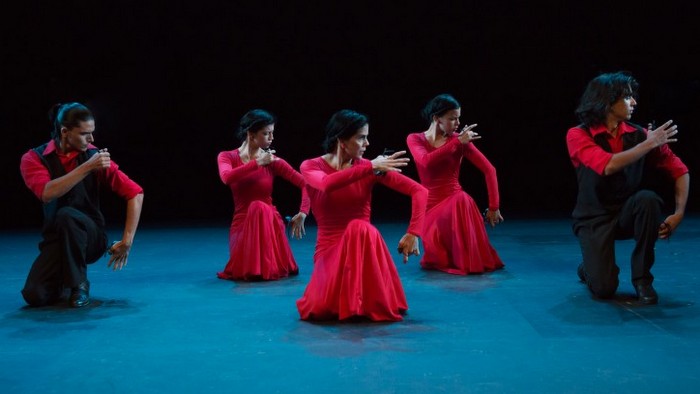 The art of Irene Rodríguez in the big apple: more than flamenco

It was easy to announce his success and not at all complex to see beyond his dance, his constant study, his temperament since he assumed different roles on stage, until he came with a company to extend his passion ...

Irene Rodríguez, the fruit of admired Cuban masters, has proposed - and succeeds! - that the public respond with thrilling applause each time it is presented in Cuba or outside it.

The recent performances in the American city of New York give proof of that unquestionable quality that the dancer-director and her classmates have. A whole weekend in January was the company of Rodriguez on the billboard of the Joyce Theater in New York, a place known in the art circuits of the city for bringing the best of international dance.

There the group took on the challenge of making five presentations for three days in a row: their debut - on January 18 - of the show Más que flamenco shocked the spectators who several times stopped from their seats amid cheers and cries of Bravo! , as reported by several media. Connoisseurs of this art as Stacey Menchel Kussell affirmed that the cast gave the maximum, cataloging the group of magnificent.

"All the pieces were fascinating, but the two premieres of New York, El Mito and La Pena Negra, stole the show," he said.

In other media, such as the American magazine The New Yorker focused especially on social life in New York, the critic Brian Seibert did not hesitate to define Irene Rodriguez as a fervent star, noting that flamenco is the specialty of the group. Also the influential New York Times defined Rodriguez as "energetic and passionate dancer of contemporary flamenco."

Presented at the Joyce Theater, the Irene Rodríguez Company closed the season of the Festival de Cuba with a grateful standing ovation acclaiming the references of Spanish theatrical art gathered in the program entitled More Than Flamenco, reaffirmed in Eye On Dance, NY the journalist Gabriela Estrada.

Here is a summary of those in the city that never sleeps were grateful for the Cuban art of Cubans who carry on one side the passion of Spain and on the other, the unmistakable rhythm of Africa.

Next publication Excellence Awards 2018: Notes of a Tribute Gala (+ Photos)