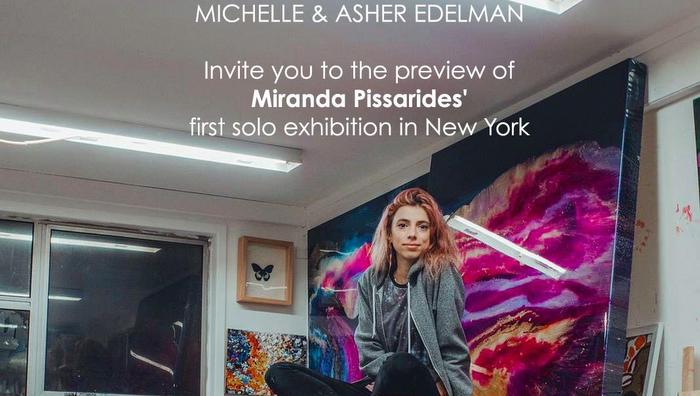 As an independent artist, Miranda Pissarides' artistic practice mainly concentrates on the exploration of different forms of art by applying all-encompassing mediums. Her artworks span painting, sculpture, and drawing, as well as taxidermy and mosaic. With the intent of creating a comprehensive and well-structured experience for viewers, Pissarides employs raw pigments as a basis and transforms to a new unique color palette.

English by birth and by training, but of Italian and Cypriot origins, the young artist Miranda Pissarides will present paintings and sculpture in her first solo New York exhibition.

The artist's field of aesthetic and philosophical investigation is a sense of inhabiting the border, of staying in what we might call a liminal condition. 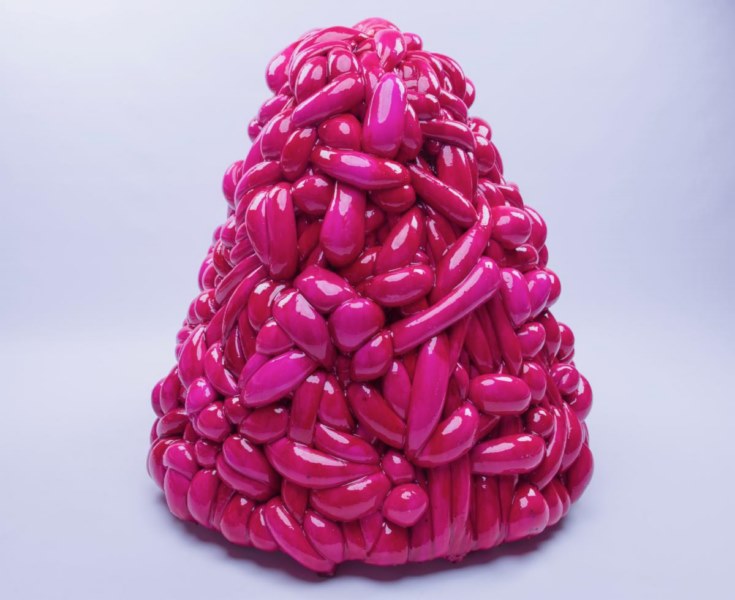 But this border has its impracticability. Can we really consist in the ambiguity of the limit, in the ambiguity of a border between the human and the non-human, without incurring the notion of monstrosity? The old world is dying. The new one is slow to appear. And in this chiaroscuro, monsters are born.

As young as she is, Miranda Pissarides can count on an impeccable academic training path (St. Martin's, London; Slade School of Fine Art, London). A disconnect between the perception of her internal world and the perception of the external world has favored in her an anthropological reflection, and therefore an investigation. And that has inevitably pushed her towards writers and philosophers and psychoanalysts who have wondered about that dark area: the place where meanings, even on a symbolic level, collapse.

The works that Miranda Pissarides presents in her personal exhibition also play on the representation of the limit and the uncertain, on the attractive-repulsive ambivalence, in an alternation of unsolvable opposites, including even the definition of the form-work, it is more surface and not yet volume. In fact, the artist loads the canvases so densely with matter, resin and pigments that they take on a three-dimensional shape. As for the surface, this has the consistency of a liquid made dry, in a flow of colors that touch but never mix, until they explode.

Just as it is in Miranda's words: "... I want to bring together fragments of people, life, emotions and matter to the point of causing a sort of explosion: a black hole of wonder, desire, lust and rupture."