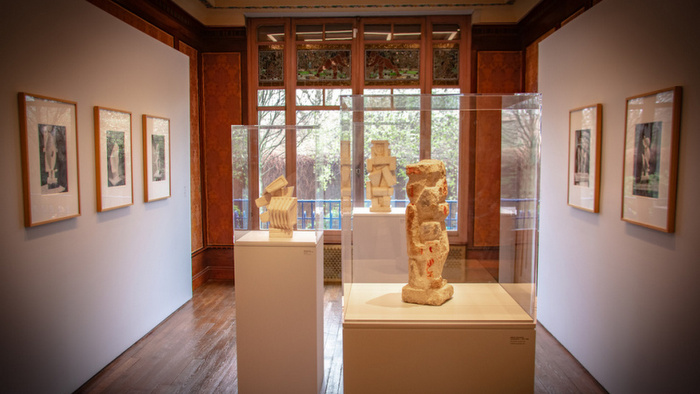 Resulting from an original investigation into the rich archival holdings of the Fondation Giacometti, the exhibition focuses on 70 lost works – sketches, drawings, photographs and sculptures – created by Alberto Giacometti (1901-1966) between 1920 and 1935. During these early years, Giacometti destroyed much of his experiments and creations. While he preserved traces of some of them, others were sold, forgotten about or disappeared. The exhibition sheds light on these works that have been unknown to the general public.

Within the exhibition, three 3D documentary reconstructions made from photographs are presented alongside existing works such as the Surrealist masterpiece Walking Woman, which is juxtaposed with Mannequin (the work from which it derives), and the seminal work Cage, which dialogues with Silence Bird (its human-scale version was exhibited only once before it disappeared). The exhibition and the accompanying catalogue mark the first steps towards a catalogue raisonné of Giacometti's lost works during these 15 pivotal years.

IN SEARCH OF LOST WORKS