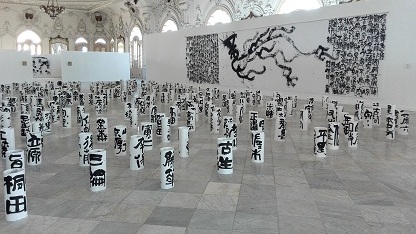 One hundred small columns of white paper with painted synograms should circumvent those who, until March 29, visit the Alejo Carpentier Hall of the Great Theater of Havana Alicia Alonso the exhibition Winds of Japan, first of shodō or artistic calligraphy that is remembered in the capital, at least of this magnitude.

These are the names written in the Kanji system of those who began the Japanese emigration for the island of Hawaii a century and a half ago, which later spread across the American continent, placed in this kind of environment by its author, Hamano Ryuho (Fukui, Japan - 1960), to, through the near smell of ink, arouse in the spectators, thoughts and feelings about those beings who left everything behind.

To preserve in other lands such an essential part of the culture of the Asian nation, as is traditional writing, this artist has directed his work for twenty years, mainly among the Nickkei or descendants of Japanese emigrants. The names of those who currently make up this community in Argentina, occupy one of the walls of the first segment into which the Chamber has been divided.

Precisely in that South American country, home of Ernesto Che Guevara, he felt the need, a kind of “wind” that pushed him towards Havana, where he has also brought transcripts in a more modern calligraphic style of some of the verses included in the Manyoshu, a book that brings together the oldest poems of the Land of the Rising Sun, written between the seventh and eighth centuries.

Also, in the second segment of the exhibition there are some of his texts and stamp prints by him engraved in stone, a practice that has been very common among calligraphers and painters of that Asian nation.

At the opening of the exhibition, Hamano Ryuho gave a practical demonstration of shodō and had a pleasant exchange with the attendees, among whom were Norma Rodríguez Derivet, president of the National Council of Plastic Arts and Mr. Yokobayashi Naoki, Business Manager at the Japanese Embassy. 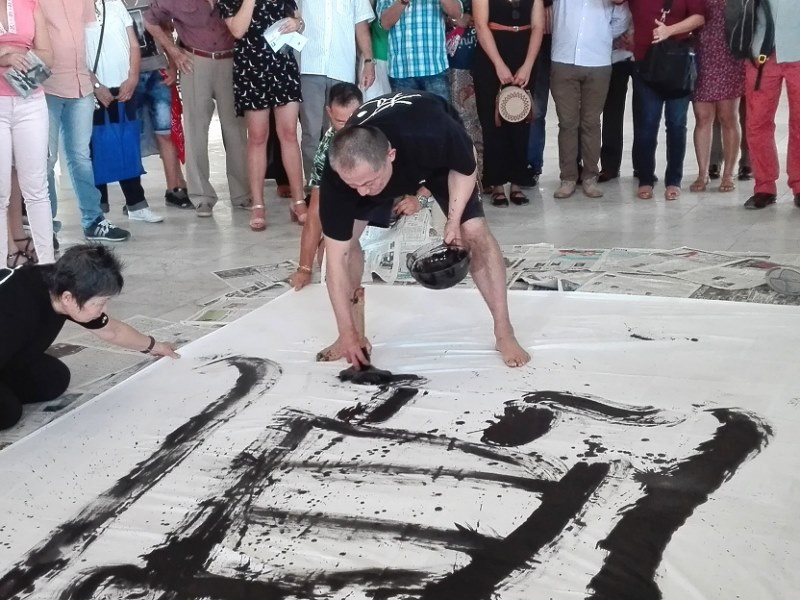 Previous publication Collage Habana in Art Madrid Next publication URVANITY 2020: the city as the protagonist