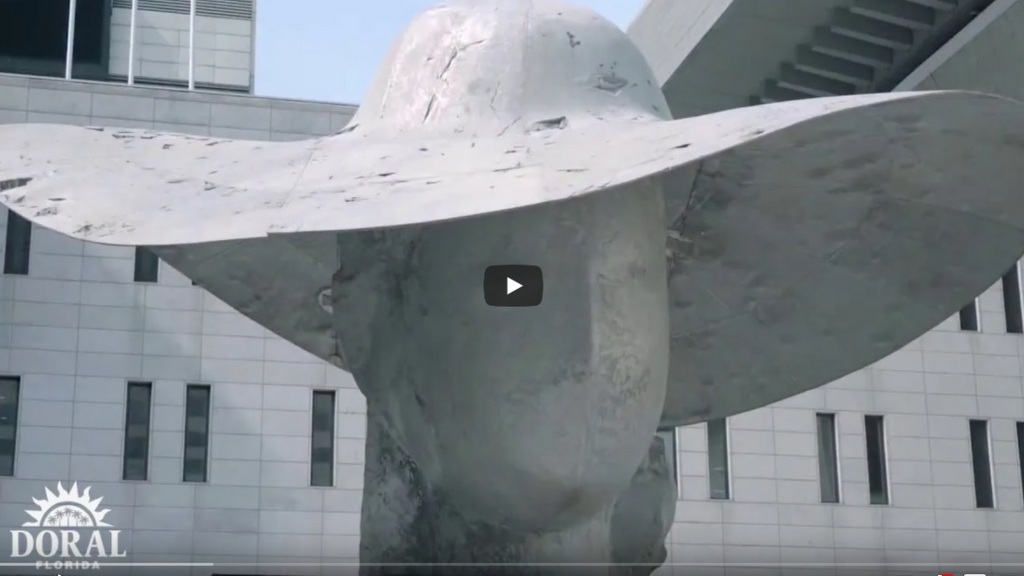 Big Congratulations to Manolo Valdes on his solo exhibition “Manolo Valdés: The Legacy,” a monumental outdoors selection of the artist sculptures, comprised of an outstanding selection of more than a dozen of monumental sculptures, scattered through the City of Doral, for the enjoyment of all residents and visitors alike.

Manolo Valdés, born in Valencia, Spain, in 1942, showed proficiency in art from an exceedingly early age and is currently one of the most internationally celebrated contemporary artists. He is multidimensional and masterful in mediums such as painting, mixed media, and sculpture. He has received several awards and recognitions throughout his illustrious career, such as representing his homeland in the 1999 Venice Biennale. His solo exhibitions include prestigious galleries and museums throughout the world, including the Guggenheim in New York, the Hirschhorn in Washington, DC, and multiple art capitals such as London, Berlin, Paris, Milan, Rome, Seoul, Istanbul, The Hague, and Monaco, among others.