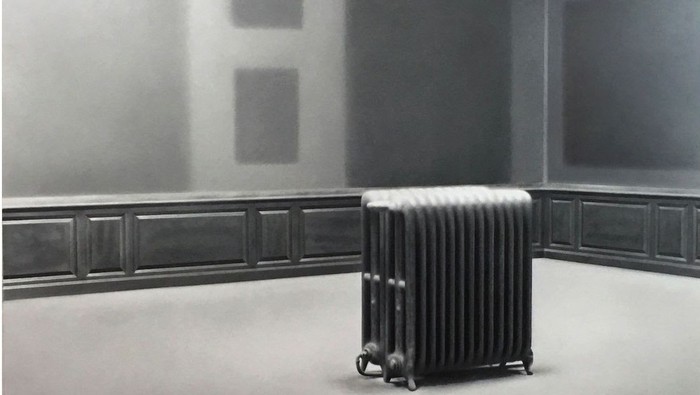 Marti Cormand. "An Elephant in the Prado"

Espacio Mínimo gallery is pleased to present the first solo exhibition of New York-based artist MARTÍ CORMAND at the gallery. The exhibition, entitled Un elefante en El Prado (An Elephant in the Prado), is a project created expressly for the gallery and includes work which demonstrates, as Michael Wilson wrote in ArtForum in October 2016, The impulse to document and preserve grinds against not only the violence of history, but also the poverty of memory—personal, institutional, and societal—itself.

As Cormand explains: The title comes from an article by Peio H. Riaño published on December 10, 2017 in "El Español" where one of the most fascinating and unpublished scenes of the Civil War is explained: the shipment of almost a hundred showcases from the Museum of Natural Sciences to The Prado museum. Among other animals there was an elephant, the only one that did not have a crate. The Republic government decided that the Prado was the best place to protect the funds of other museums. The Ministry appointed the Prado as the ideal refuge, although its paintings had moved prior due to lack of security. A week before the bombing, the Museum emptied itself of thousands of paintings that were transported to Valencia, and then to Geneva, via Figueras. The transfer was orchestrated by Josep Renau.

At the same time in 1937, the Nazis organized an exhibition of what they considered "degenerate art" (Entartete Kunst) curated by Adolf Ziegler, Hitler's favorite painter. The show opened on July 19th and remained until November 30th. Through the halls of the Archeology Institute of Munich about 600 works were presented by artists whose legacy is nowadays indisputable: Marc Chagall, Wassily Kandinsky, Paul Klee, Oskar Kokoschka, George Grosz, Emil Nolde and Ernst Ludwig Kirchner, among other masters of the modernism. In the 1930s though these works aroused controversy not only in Germany, their value was already recognized in major capitals of the world. Taking advantage of this situation, the Nazis sold most of them in the international art market; 1,004 paintings and 3,825 engravings of those that could not be detached were burned in 1939.

The title "An elephant in the Prado" suggests the English expression "an elephant in the room" which refers to an obvious truth that is ignored or goes unnoticed. It also applies to an easily understoodproblem or risk that no one wants to discuss. Badly solved issues of the past return, and come to light in the present, to be inevitably discussed.

Cormand’s work attests to the coalescence of time, or rather, of an intangible past that can only be grasped in the present through intuition. According to the artist, our present reaffirms the concept of an "eternal return," the idea that our existence is cyclical in nature instead of linear. These images also become a byproduct of entangled temporality in cyberspace, where Cormand often derives his source material.