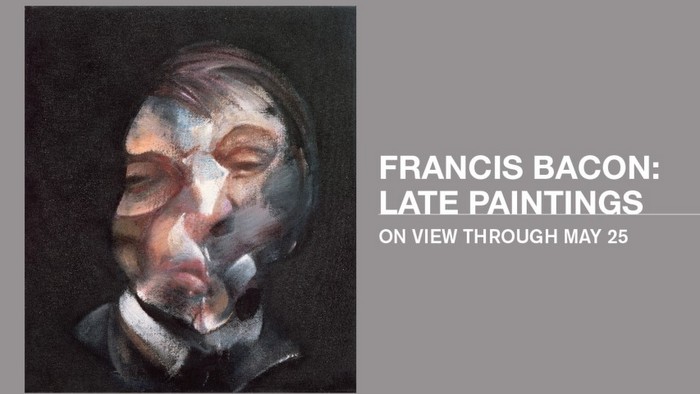 Organized by the Centre Pompidou, this is the first in-depth museum consideration of Bacon's production in his final decades, and the first museum exhibition of the artist's work to be seen in the U.S. since the Metropolitan Museum of Art's 2009 retrospective in New York.

On October 24, 1971—two days before the opening of Bacon's Grand Palais retrospective— Georges Dyer, his companion of many years, died by suicide in a Paris hotel. Over the decade that followed, Bacon repeatedly paid tribute to Dyer in an ongoing series of paintings. The exhibition pairs two of his most powerful triptychs dedicated to Dyer, the harrowing In Memory of George Dyer, 1971, and Triptych August 1972, 1972. Introducing one of the exhibition's central themes, the immediacy of experience and the role of memory, these paintings also touch on Bacon's literary sources, which ranged from the Greek tragedies of Aeschylus to the contemporary writings of T. S. Eliot and Jean-Paul Sartre.