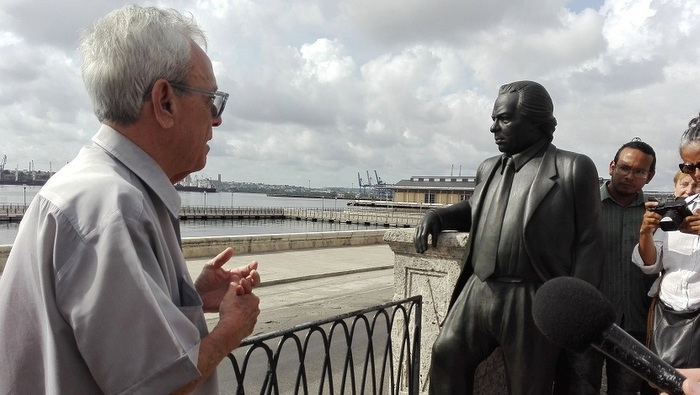 Coinciding with the date of the birth of Nicolás Guillén, 117 years ago, this July 10 was officially inaugurated in the Alameda de Paula, in Old Havana, a statue of who was recognized as the National Poet of Cuba, made by the sculptor Enrique Angulo.

The simple but emotional ceremony was part of the day of tribute that will be paid by the Foundation that bears his name until the next day 16, to be fulfilled on that date 30 years of the physical disappearance of the president-founder of the Union of Writers and Artists of Cuba, UNEAC.

Speaking, Dr. Eusebio Leal Spengler, Historian of the City, highlighted the importance that the poet, the artist, the sensitive and human man Nicolás Guillén maintained for the culture of the country. 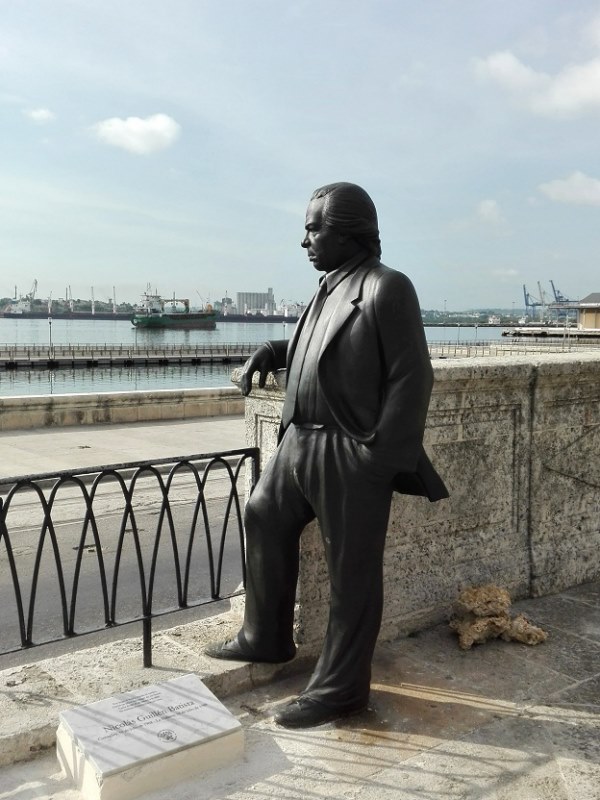 "The presence of him in the Alameda, underscores the importance that Nicolás gave to Havana, which is so in need of being loved. I think the biggest thing that can be done is to do the smallest thing. It is doing something every day. It is to try to avoid that something as spectacular as Havana is lost in suburbs, get lost in popular neighborhoods. Because it is not only the Historical Center, Havana has many Historic Centers", he said.

He emphasized the unitary work carried out by Guillén with the artists and intellectuals, convinced that this would be the saving source that would allow the revolutionary process to be carried forward. He added that the poet was part of the generation that entered the essence of Cubanness, which cannot be explained without Spain and without Africa, as expressed in his beautiful poem Ballad of the two grandparents.

The statue, made in bronze in 2015 by Enrique Angulo, represents Nicolás Guillén in full size; standing and leaning on the railing of the Alameda de Paula, reflectively contemplating the beautiful Bay of Havana, as it could be seen on more than one occasion.

The program that for the 30th anniversary of his physical disappearance has been conceived by the Nicolás Guillén Foundation until the next day 16 also includes book presentations, readings of poems, an exhibition of plastic arts in the Villa Manuela Gallery, of the UNEAC; as well as academic panels about the life and work of the 1983 National Literature Prize.

Previous publication Wide cultural diapason at the FIC Gibara 2019 Next publication Art Marbella, this summer´s most important meeting with art