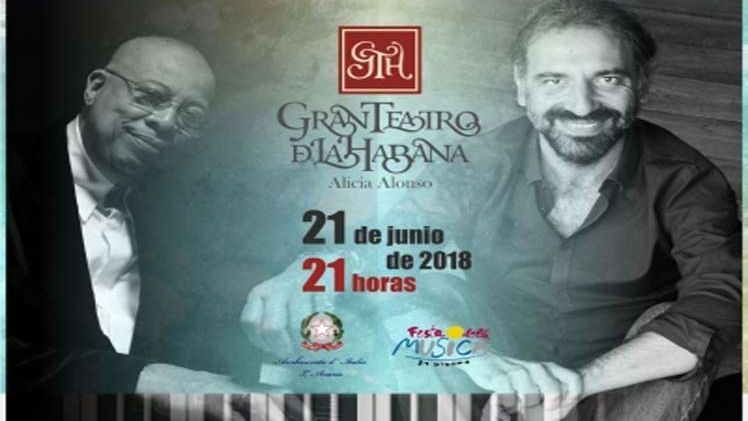 Speaking of the international celebration of the World Music Festival on June 21, the pianists Chucho Valdes, from Cuba, and Stefano Bollani, from Italy, will offer a concert in this capital, the organizers announced today.

The gala was scheduled at the Sala Garcia Lorca in Havana's Gran Teatro 'Alicia Alonso', and is sponsored by the Italian Embassy in Cuba, according to a press statement sent to Prensa Latina.

Valdes is considered one of the greatest exponents of Cuban jazz, winner of six Grammy awards and three Latin Grammy awards, among other important recognitions.

For his part, Bollani is one of Italy's most prolific musicians, with an important career thanks to his incursion into jazz, classical, popular and traditional music from Europe and other parts of the world.

The Milan-born artist has already shared with the island's audience about the 20th Week of Italian Culture in Cuba, in 2017, and is renowned for his technique and way of combining styles and genres as a composer and performer.

The performance of both pianists will be another opportunity to highlight the idea that music goes beyond borders and cultures, as well as reaffirm the excellent ties which unite Cuba and Italy in different fields.

Coinciding with the day of the summer solstice, June 21, the World Music Festival is celebrated, an initiative which has its origins in France and has been held every year, worldwide, since the middle of the 1980s.