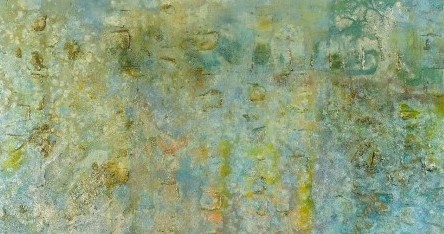 For six decades, Frank Bowling (b. 1934) has explored and expanded the possibilities of paint, influencing generations of artists through his spectacular kaleidoscopic and visionary paintings.

Bowling arrived from Guyana to London in 1953 and studied at the RCA alongside David Hockney and R.B Kitaj. Living and working between London and New York since the 60's, Bowling's work is fueled by a knowledge of European tradition and post-war abstraction. He infuses his works with deeply personal narratives and a highly sculptural approach, introducing three-dimensional objects, multiple canvases, metallic pigments, chalk and gels.