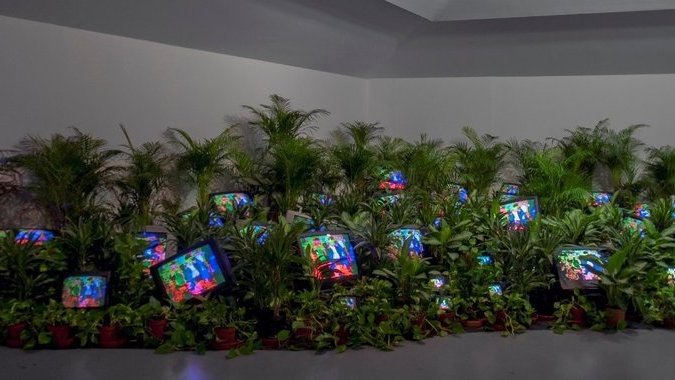 Visionary Korean artist Nam June Paik (1932-2006) is renowned for his pioneering use of emerging technologies and his innovative yet playfully entertaining work remains an inspiration for artists, musicians and performers across the globe.

With 200 works, the exhibition will unite early compositions and performances, seminal video and large-scale television installations as well as Paik's ground-breaking satellite videos. Tate Modern will partially restage the artist's pivotal first solo exhibition, Exposition of Music - Electronic Television and the show will culminate with the dazzling installation Sistine Chapel recreated for the first time since it was awarded in 1993 the Golden Lion for the German pavilion at the Venice Biennale.

The show will highlight key creative partnerships with celebrated composer John Cage, choreographer Merce Cunningham and Joseph Beuys. Paik's collaboration with cellist Charlotte Moorman was also a deeply significant one for both artists who developed a repertoire of provocative performances incorporating Paik's television sculptures within elaborate costumes and props.

Previous publication Cross the zebra with the four from Liverpool Next publication BEIRUT ART FAIR 2019. Report