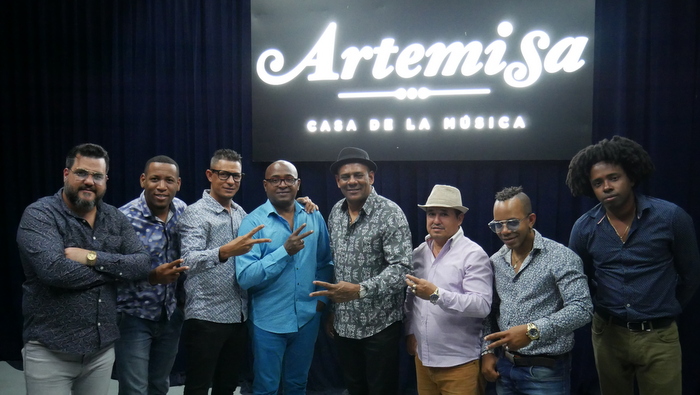 The Guarapachanga that moves Cuba

After almost 25 years of artistic career, two Latin Grammy awards won and numerous national and international awards, the Septeto Santiaguero was launched for its first tour of Cuba, presenting the CD A mí qué. Tributo a los clásicos cubanos (To Me What. Tribute to the Cuban classics)

Pinar del Río, Havana, Artemisa, Mayabeque, Matanzas, Cienfuegos and Trinidad were the first provinces that enjoyed #GuarapachangaPorCuba #GiraNacional #SeptetoSantiaguero. In each of the rooms the tide of dancers, of all ages, reviewed the latest successes of the group and enjoyed their latest release: La Guarapachanga.

Maestro Fernando Dewar, founder and director of Septeto Santiaguero explains that "this is an excellent opportunity to connect with the Cuban public, especially with young people, as many think that the music we make is only for the elderly and it is not so. We defend genres such as son, bolero, guaracha, changüi, danzón, etc. to dance on the street, at a party, at home, and so that young people can also follow us. But, what is the future of traditional music if it is already destined for the elderly? 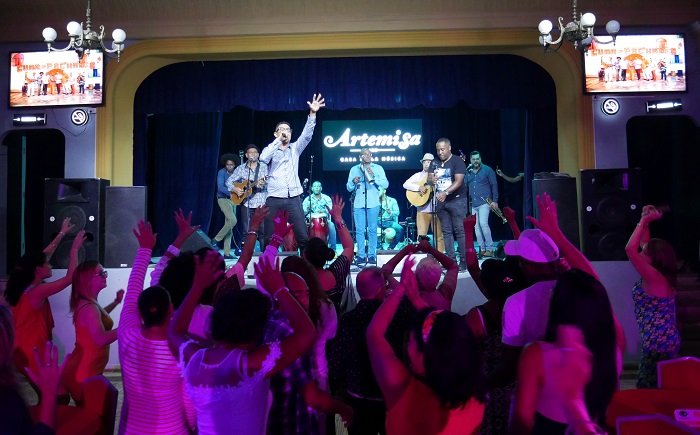 His latest record production A mí qué. Tributo a los clásicos cubanos speaks for itself of this desire to transcend in the public. The CD is the result of experimentation and sound renewal of the group. This is a varied album that combines several musical genres and is distinguished by the participation of artists such as José Alberto El Canario, Gilberto Santa Rosa, Pancho Céspedes, Alexander Abreu and others.

Titles like No me voy a disgustar, la Rumba está buena, La hija y la mamá, among others, made fans dance and skeptics in theaters like Milanés in Pinar del Río, where the multi-awarded Cuban group shared the scene with the Septeto Maravilla and appreciated the opportunity to appear in the land of Polo Montañez. "We know that the public here is a dancer," Dewar said. "We have an approach to groups like the Pinar Son and Septeto Maravilla. It is curious that they, from the most western part of Cuba, are direct followers of what we do and we are proud that they have us as an important reference to defend Cuban music ".

For its part, the distinction of the José White Hall in Matanzas, made the Santiaguero present a repertoire where the bolero and the danzón were the protagonists.

Several companies that commercialize music and shows distinguished the group's artistic career and its director, Fernando Dewar, for bringing the best of traditional Cuban music to numerous world stages for 25 years.

After the summer months will continue the second stage of the musical tour of Cuba, which will end the city of Santiago de Cuba, the birthplace of the group.

Just two weeks ago the septeto Santiaguero also premiered the video clip La Guarapachanga in version with Alexander Abreu and participated in a massive concert at Plaza de Marte in Santiago de Cuba, where the will of the authorities of the territory was proclaimed for declaring this city musical city of the world.

Currently, the group is preparing for the celebration of its 25th anniversary, on February 2, 2020, the date on which a new headquarters will be inaugurated in the central street Enramadas of Santiago de Cuba and to present to the public a documentary, a summary of his artistic career.

# GuarapachangaPorCuba2019 The confirmation that Septeto Santiaguero is a prophet is his land and after almost 25 years of artistic career, continues to position Cuban traditional music in the taste of Cuban dancers.