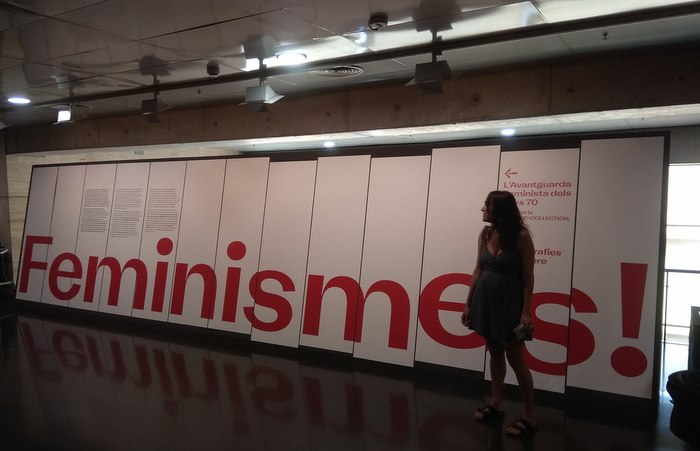 Two exhibitions related to feminism are being held at the Center of Contemporary Culture in Barcelona, ​​on one hand The Feminist Vanguard of the 70s. Works of the Sammlung Verbund Collection, Vienna and on the other hand, Choreographies of the genre, whose curators are Gabriel Schor, founder and director of the Sammlung Verbund Collection, and Marta Segarra, professor of French literature and gender studies at the University of Barcelona, ​​respectively. Likewise, a series of parallel activities are carried out, where a dialogue is established and the reason that led a group of artists in the 70s decade to transgress the art established by man from a more radical and denouncing perspective of current feminisms is also explained.

In the Feminist Vanguard of the 70s. Works of the Sammlung Verbund Collection, Vienna, 200 works by 73 artists from different continents born between the 1920s and 1950s, among which there are a dozen from Latin America, are exhibited. In fact, it is an essential era in the history of art, because “artists begin, as a collective, to take the initiative in the representation of women by creating a plurality of female identities determined by themselves. " All the pieces revolve around conceptual art representing it from different perspectives, such as photography, video, performance, cinema and happening. The Collection was formed in 2004 thanks to the Austrian electricity company Verbund. At the moment its fund is constituted by a thousand works of 142 authors. In early 2020 the exhibition will travel to New York where it will be exhibited at the International Center of Photography. 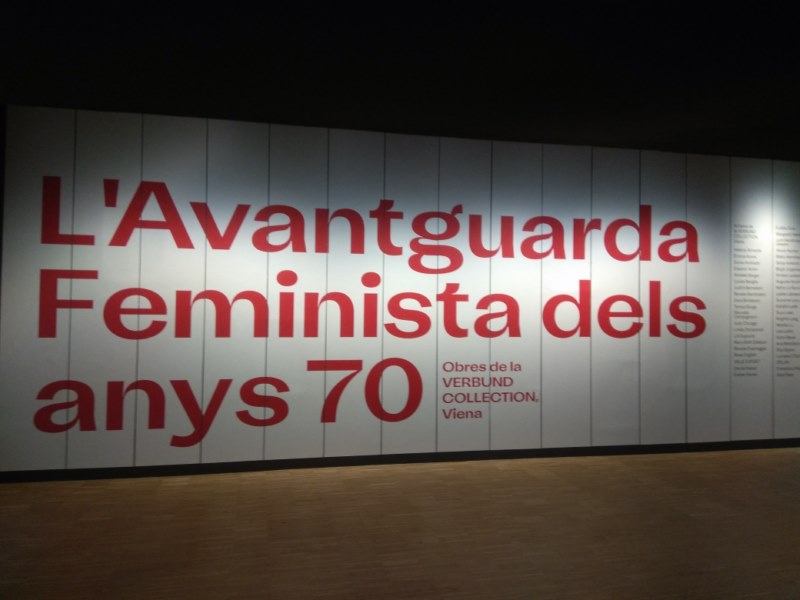 The sample is divided into five sections: Housewife, mother, wife; Reclusion and evasion; The dictates of beauty; Female sexuality and role plays. In the section of Housewife, mother and wife the works of the Portuguese Helena Almeida (Lisbon. 1934-2018) are exhibited, through a group of four photographs that bear the title Study for two spaces (1977), where they see hands that try to open a door or a fence, as if it were referring to an oppressive world, causing “the sensation of being trapped between two spaces or realities”. The artist lived through the dictatorship to democracy in Portugal, so she knew very closely the artistic isolation that her country suffered. Within this same section there are two videos of the Brazilian Leticia Parente (Salvador de Bahía. 1930 - Rio de Janeiro. 1991), which shows some of the work performed by housewives, as is the case of Tarefa I (1982), set in the laundry room, which is usually used by maids or servants of the upper class. A black woman dressed as a maid is seen "ironing a white woman placed on the ironing board." Criticism against racism is faithfully embodied in this piece. It is evident that the artists denounce the situation suffered by women as a housewife, a circumstance that denotes submission and at the same time acceptance of a certain role.

As for the section Reclusion and evasion, a piece of the pioneer of the video-art Sonia Andrade (Rio de Janeiro. 1935) is exhibited, where the Brazilian artist plays the role of an actress located in front of a camera exposed to violent acts, as seen in Untitled (1974-1977). A large number of artists are based on teaching the reclusion in which women are involved and looking for ways to escape from it, so they use “the metaphor of the cage or of getting into a kind of insect cocoon to transmit the feeling of being locked up or repressed”.

Regarding The dictates of beauty, the figure of the Cuban Ana Mendieta (Havana. 1948-New York. 1985) emerges, possibly one of the most notable artists of contemporary art in her country, although most of her work developed in the United States. In his work Untitled (Glass fingerprints on the body), of 1972, the existence of facial and body manipulation is observed. She does this by pressing her face and her breasts against a plate of Plexiglas. The images "hint ethnic stereotypes and racist clichés (fleshy lips, flat nose ...)". Therefore, the disfiguration of the body itself leads to a mistaken idea of ​​feminine beauty, primarily aimed at the art world. The Peruvian Teresa Burga (Iquitos. 1935), merges aspects of visual poetry, conceptual art, pop-art and the so-called art of information, based on the appearance of women in the mass media. Here she exhibits some ink drawings created in the 70s, in which “she questions the models of immaculate beauty by subjecting herself to an examination that can be observed and contrasted, so that she uncovers the artificial nature of the ideal of beauty spread to through advertising".

And in the Role Playing section, Brazilian Regina Vater (Rio de Janeiro. 1943), although she moved to New York in the 1970s, develops her work within feminism through cultural and identity aspects, in addition to criticizing the military regime in which her country lived. That is why in Tina America (1975) we see how she identifies with a dozen female occupations, mainly from the Brazilian middle class, from the traditional housewife, who wears a pearl necklace, to the sexy vampire with a generous neckline. The artists themselves represent the different female stereotypes of that moment, using a series of objects related to women: makeup, wigs, etc., and adopting different identities, from student to mother,  going through lover or lesbian.

As for the exhibition Choreographies of gender, the works of about twenty artists born between the 60s and 90s are shown, which chronologically are the continuators of the Spanish conceptual art of that time, although some works by Latin American artists such as the Mexican Linda Porn (Mexico City. 1980) and Peruvians Lúa Coderch (Iquitos. 1982) and Daniela Ortíz (Cuzco. 1982) are included. Of all of them, the 15-minute video starring Linda Porn, Puta mestiza, is the most overwhelming, since it reflects the racial violence derived from the concept of decolonization is based on the interrelation of gender and race discrimination, since depending on the place of birth - that is, of the society or culture in which you live - the inequalities, whether male or female, are not the same. In the filming the naked artist is seen showering, and on her left arm she is painted in red the phrase "Half-Blood Whore". While she is taking a shower, she talks about immigration policy and the sex industry. That is, she is denouncing "the stigmatization of sex workers and the complicity of all those who condemn them to marginality and silence." Finally, there is a section where a series of comics related to feminism are exhibited, where drawings of the comic strip and Argentine theater costume designer Mariel Soria (Jujuy. 1946) appear. In 2016 she won the IVÀ Prize. She is a pioneer of the author's comic that emerged in the mid-1970s under the name of The Cartoon Collective.