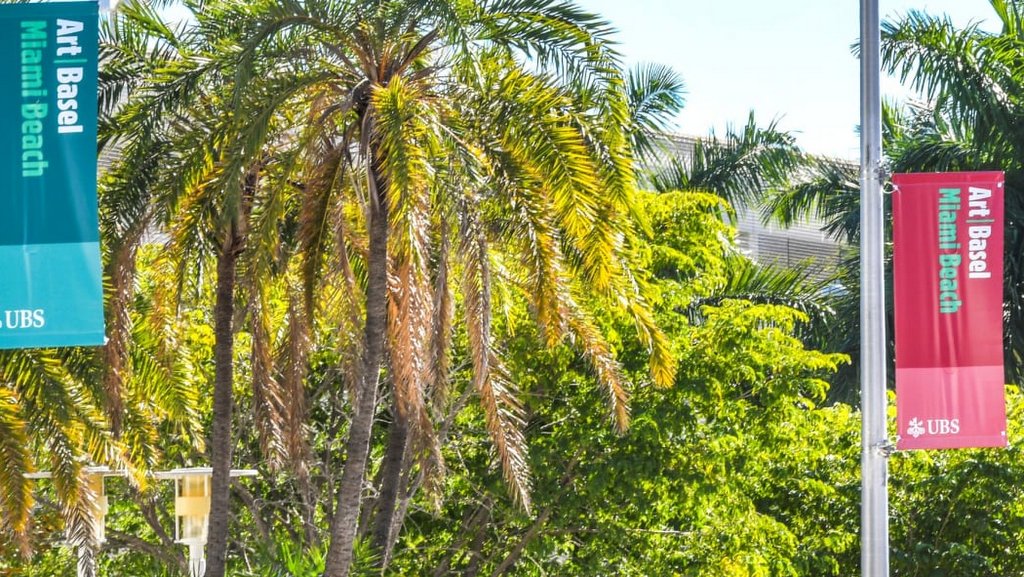 Art Basel in Miami Beach reinforces its position as the cultural meeting point for the Americas, attracting significant collectors and institutions from the US, Latin America, and beyond

The 18th edition closed on Sunday, December 8, 2019, amid reports of robust sales to private collections and institutions by galleries across all sectors of the market

Collectors from 70 countries and territories visited, with an overall attendance of 81,000

A new sliding-scale pricing system was implemented, supporting the participation of smaller and mid-size galleries and rejuvenating the show

The show, whose Lead Partner is UBS, took place from December 5 to December 8, 2019 at the Miami Beach Convention Center (MBCC)

Art Basel in Miami Beach brought together 269 premier galleries, presenting works ranging from early 20th century Modern art to the present. While galleries from the United States and Latin America continued to be strongly represented, the show also featured new and returning exhibitors from across the globe, including Asia, Europe, and Africa.

The show welcomed 20 first-time participants, of which 12 galleries came from the Americas: Barro Arte Contemporáneo from Buenos Aires; Nicelle Beauchene Gallery, Company Gallery, and Karma from New York; Central Fine from Miami Beach; Cooper Cole from Toronto; Document, Mariane Ibrahim Gallery, and moniquemeloche from Chicago; M+B and Parker Gallery from Los Angeles; and Galería Agustina Ferreyra from Mexico City. Art Basel Miami Beach's global emphasis was demonstrated by a strong lineup of galleries and artists from Asia. New entries to the fair from the region included 10 Chancery Lane Gallery from Hong Kong, Magician Space from Beijing, and ROH Projects from Jakarta, while Hanart TZ Gallery from Hong Kong participated for the first time in the Galleries sector. In addition, Taka Ishii Gallery from Tokyo and Edouard Malingue Gallery with exhibition spaces in Hong Kong and Shanghai both returned to the fair after a hiatus. As debuted at its Basel fair this past June, Art Basel applied a sliding-scale pricing model in Miami Beach and welcomed a younger generation of galleries to the main sector for the first time, including Clearing, Gaga, High Art, hunt kastner, Karma, Maisterravalbuena, Revolver Galería, Tyler Rollins Fine Art, and Société.

Additionally, the fair launched a new sector titled Meridians, which provided a unique platform for galleries and their artists to show work that pushes the boundaries of the traditional art fair layout. Curated by Magalí Arriola, Director of Museo Tamayo, the sector was staged in the new Grand Ballroom of the MBCC, a column-less exhibition space of almost 6,000 square meters (60,000 square feet), and featured 34 new and historical large-scale sculptures, paintings, installations, film and video projections, as well as performances.

Leading private collectors from Europe, the Americas, Asia, Africa, and the Middle East attended this year, as well as representatives from around 200 museums and institutions.

Noah Horowitz, Director Americas, Art Basel, commented: ‘We’re thrilled that our show in Miami Beach has become a not-to-miss cultural event for both established collectors and the next generation of patrons, as well as a major confluence of the American creative class. The inaugural edition of Meridians introduced unprecedented possibilities for our galleries and artists, and we were particularly pleased with the caliber of the works on display, which were very well received by our visitors from across the world who enjoyed the dynamic new sector. This year, the main sector featured the most diverse representation of galleries – in terms of region, generation, and beyond – we’ve ever presented, while reinforcing the strength of exhibitors with footprints across the Americas. The gallery presentations were of exceptional quality throughout the fair, reinforcing Art Basel as the leading forum for modern and contemporary art in the region.’

Galleries exhibiting in all sectors of Art Basel expressed their delight at this year’s show:

‘As a first-time exhibitor at Art Basel in Miami Beach it is gratifying to see how the fair really does attract great collectors from around the world. We were so happy to have met interesting collectors from both North and South America and beyond. The Survey sector was very special this year with interesting solo projects that are important rediscoveries. Huang Rui’s 1990s photographs were being shown for the first time in the United States with great response.’

‘The fair has been fantastic for the gallery both in terms of exposure and sales. We have sold to many new collectors and have had the chance to meet several important museum curators who have taken interest in the work of our artists.’

‘The fair’s organization was impeccable as always, and we are once again very happy with the results we achieved. This was our first time in the main sector, and we continued to meet new clients from all over the world, including Europe, Asia and Latin America.’

‘People sometimes forget that the works exhibited at Art Basel Miami Beach can be created as early as 1900. While the artists we exhibit – such as Calder, Chagall, Modigliani, Picasso – might be considered the Old Masters of the fair, we always make sales, meet many new clients, and receive a wonderful response from visitors.’

'We were thrilled to have presented at Art Basel for the first time, marking a phenomenal moment for our artists and gallery program. The reception of Amoako Boafo’s work in Miami has exceeded our expectations. Art Basel Miami Beach has been an unparalleled opportunity to connect with new global collectors and institutions. Boafo joining his first residency program in the Rubell Museum and being acquired in their collection generated a greater awareness of the artist’s work in addition to the acquisition of a work by the Legacy Purchase Program.’

‘This is our 17th year at Art Basel Miami Beach, and we have seen an increasing focus on those great women and African American artists, who are finally being recognized and given the status they deserve. We have had a fantastic reaction to Gordon Parks, and it’s been wonderful to continue to experience the huge interest and curatorial support for the work of Sheila Hicks. One of the most important aspects of this fair is the presence of Latin American collectors and the huge interest in artists from the region.’
Alison Jacques, Founder, Alison Jacques Gallery (London)

'This year’s Art Basel Miami Beach was about showing new work from our contemporary program, with stellar works from our estates providing a historical context for art that is being made today. And what an amazing success! Miami always delivers, but this year the energy was exceptional, and we placed over 20 works by the afternoon of the preview day. Sales continued throughout the fair, with a focus on heavyweight paintings from our artist estates.’

‘This was a very successful year for us at Art Basel in Miami Beach, with very fast sales. The draw to the fair for dedicated collectors from right across America remains very strong, and particularly to collectors from the Midwest, and we were also very pleased to have had such strong attendance from American institutions.’
Thaddaeus Ropac, Founder, Galerie Thaddaeus Ropac (London, Paris, Salzburg)

‘We’ve had our most successful Art Basel Miami Beach ever, selling 48 works in the first three days, including three large-scale bronze sculptures by Woody De Othello.’

‘We are very happy to have participated in Art Basel in Miami Beach this year. This has been one of our most successful Miami Beach editions to date, which is testament to the fact that Art Basel still remains the most well-respected, relevant and serious of the international art fairs. We presented and sold significant works spanning from the early 1980s to newly created pieces for the fair.’

‘We were delighted to meet so many local collectors from Miami at this year’s show. We noticed a particularly strong turnout, which demonstrates the impact of Art Basel on Miami Beach’s growing art scene. Many collectors expressed specific interest in new work we presented by Korean artist Haegue Yang, pegged to her exhibition at The Bass.’

Previous publication The 16th Lyon Biennale of Contemporary Art. Manifesto of Fragility Next publication Biennale Némo "Beyond the Real - The Exhibition" 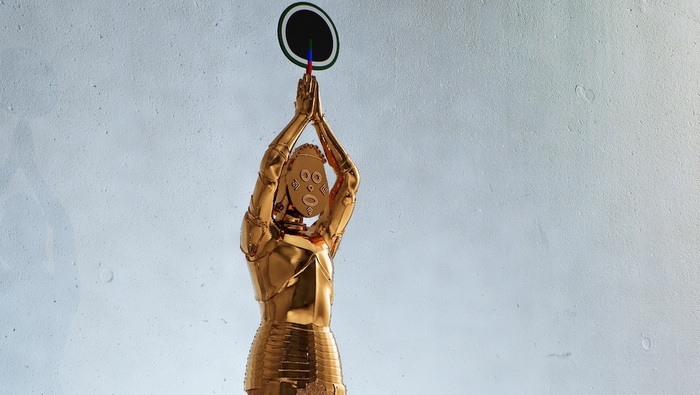