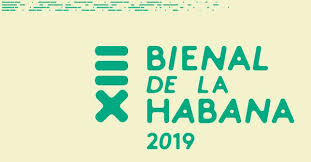 The Biennial of Havana: distinct and different

The XIII Biennial of Havana, open to the Third World and the new forms of production of Contemporary Art, already happens between 12th April and 12th May in the Cuban capital, as the most gigantic event capable of putting international biennials to dialogue, who have remained distant between each other, but now artists from different nations and trends find a space of twinning, to make visible the artistic creation of the global south.

Recognized since the end of the eighties at the same level of Venice, São Paulo, Sidney or Documenta, we arrived at the Biennial at the end of 2008, when together with a group of artists and curators from the Union of Writers and Artists of Cuba (Uneac), we prepared the release of the first number of Arte por Excelencias, our breakthrough at the Biennial of Havana in 2009. Since then we have been together, in meetings, romances and disagreements, but always passionately accompanying that window of Cuba to the world.

The most spectacular of this Biennial is its main stage: a capital about to celebrate 500 years of foundation, where they are -as in Madrid- a good part of our work offices. The most interesting artistic proposals are spread over two of its most popular and well-known arteries: the Malecon and almost the edge of the sea of the Historic Centre; and Linea Street, in the area of El Vedado. From there it is shared throughout the city to the banks of the Almendares River, be it a vessel of the shipyards, an old oil industry that is now the Cuban Art Factory, or a former golf course where now it stands the University of Arts.

If the first Biennial was mainly the National Museum of Fine Arts and the Cuba Pavilion, from El Vedado in the capital, to the Palace of Conventions in Miramar, something really singular is that now it skips Havana’s geographical limits to exhibit for the first time artistic projects in other beloved cities of the country, for which the Excelencias Group has always bet and interacted: Matanzas, Cienfuegos, Camagüey, Pinar del Río are very familiar names for our readers.

Most similar events -and we are aware of it from making an intense pilgrimage to them- have methods of work and curatorship that start with the appointment of "parachute" commissioners. As a rule, they proceed with a general curator and several supervisors selected for their extensive international curriculums. Havana, however, is a different and distinct Biennial, because above all, it is an act of collective creation.

Several painters who assisted Wifredo Lam's funeral have told that on the same night, the institution and the Biennial were already part of President Fidel Castro's dialogue with the widow of the artist and several creators: a contemporary Art centre institution that investigated and protected the heritage of the painter and in turn, conceived and generated this festival of Visual Arts.

It is still very relevant that the I Biennial of Havana was born in 1984, when there were only about five events of its kind in the world, and that the first framework of concepts was based on a team of curators. The funny thing is that the place of discussion of these experts -that today there are twelve, like the biblical number- precedes the director's space. There they select the invited artists, the central axis of the Biennial and its structure. From there, the brainstorming begins, which will end later in the proposals presented to the National Council of Plastic Arts and to the Ministry of Culture.

The Biennial expresses the will and support of an institutional system that continues to bet on its public policies to bring the most genuine cultural expressions to everyone: thirteen Biennales in thirty-five years have been born from that peculiar institution, which is on the same corner of the Cathedral Square, in Old Havana.

Barely a few meters away, we can find from long before the famous Bodeguita del Medio, the birthplace of one of our routes in Havana for winning the title of Ibero-American Cocktail Capital. And here we are, in the meanwhile, celebrating - good mojito by all means - that we are in the 13th Biennial, coinciding with the tenth anniversary of Arte por Excelencias, in a Wonder of the World city, where they are deployed, in eleven of the fifteen municipalities of the city, projects and works of more than a thousand artists present.

Can anyone imagine greater joy to us founders than to reach alive, strong and active to this great party?

Previous publication The San Sebastian Festival opens the call for submissions for Glocal in Progress Next publication Turarte, the art of show business at FitCuba 2019