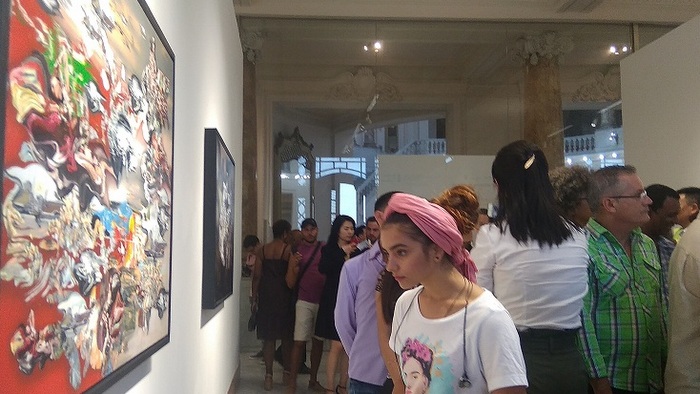 Re-thinking the future: The construction of the possible

Ten contemporary artists from China exhibit at the Origins Gallery of the Gran Teatro de La Habana Alicia Alonso during the XIII Biennial of Havana with the collective exhibition Repensando el futuro: La construcción de lo posible. At the inauguration attended the Hon. Mr. Chen Xi. Ambassador of the Popular Republic of China in Cuba, Fernando León Jacomino, Vice Minister of Culture of the Ministry of Culture, Norma Rodríguez Derivet, President of the National Council of Plastic Arts (CNAP). 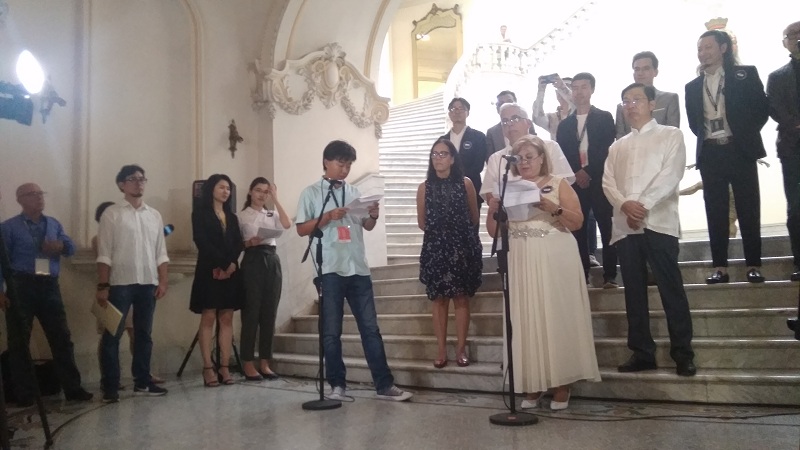 According to MSc. Teresa Toranzo Castillo, curator of the National Museum of Fine Arts, "the virtue of the so-called Chinese Contemporary Art lies in its ability to reinvent the canons that have defined its millenary culture, in a relationship of respect-permanence-renewal, which has been occurring simultaneously. "

Chinese artists, he points out, impose themselves in the international art concert because, leaving behind the duty of copying the masters of Traditional Chinese Painting, they know how to pay tribute to them and revere their basic principles, such as the use of paper, the brush, the ink and the calligraphy.

The exhibition presented at the XIII Biennial of Havana had the support of the Arts and Entertainment Group of China, which is integrated into the biennials of Sao Paolo, Brazil; Venice Italy; as well as those of Hong Kong and Macao, among others. Among the sponsoring institutions is the Hanwei International Art Center.

The young artists: Chen Zhuo, Cai Yalin, Jia Shanguo, Lang Can, Li Hongbo, Tian Longyu, Zhang Chunhua, Zhong Biao, Zhou Sobg, and Wang Guofeng, who exhibit at the great event of the visual arts in Cuba, are the result of the Art Academies system of the Popular Republic of China.

With the artist Wang Guofeng we talked exclusively for Arte por Excelencias magazine. Guofeng graduated from the Normal University of Inner Mongolia in 1991 and the Central Academy of Fine Arts of China in the specialty of painting and Art History of China in 1998.

The XIII Biennial brings a series of three large format photographs. He comments that it is an attractive and unusual proposal, whose color images appear as views of flat buildings and the rest of the building can be seen in the corners. Guofeng is obsessed with countries that have or had a socialist system. Its intention is to capture that past that the buildings have, for example of the former USSR; buildings that remain today, but a part of its history has been degraded, he said.

On the other hand, Norma Rodríguez Derivet, President of the CNAP, emphasized the value of the collective exhibition of great relief, in which discourses and aesthetics of Contemporary Chinese Art are appreciated, crossing diversity of techniques, materials, styles and supports such as oil paintings, the installation sculptures on paper, the recovery of pages of books in Chinese characters, fractured with rice paper and Chinese ink; and on the other hand the experimentations in metal, video, installations in pure or mixed ceramics with gold.

Previous publication Thinking the nation from Fine Arts in the XIII Biennial Next publication Performance Antrophical: better to see it than to tell