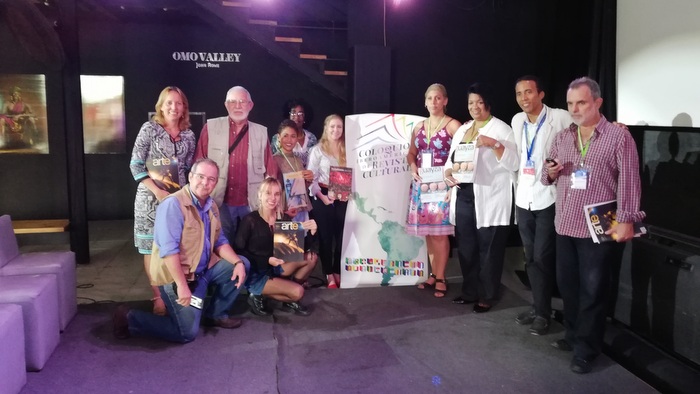 Cultural magazines with a focus on the future

The closing session of the Ibero-American Colloquium of Cultural Magazines, held within the framework of the International Book Fair of Havana, was as motivating as those that preceded it. The Cuban Art Factory was the venue chosen for the presentation on Wednesday morning of the magazines Tornapunta, Guayza and Arte por Excelencias from the perspective of its architects.

Karen Reyes, publisher of Tornapunta -publication dedicated to the promotion and safeguarding of the cultural heritage of Trinidad-, offered an overview of this magazine that belongs to the Office of the Conservator of a city that is World Heritage since 1988. With 11 years of existence and 32 pages is the only local print publication; It respects a publishing tradition of the city dating from the early 1800s and is collectible by researchers and specialists. Frequently every six months it is presented to a growing number of followers and distributed among cultural institutions and connoisseurs who praise its content and print quality.

According to its editor, Tornapunta, promotes links with cultural projects in the community and relates to educational institutions to tell local history in an entertaining way. Do not neglect the promotion on its cover and back cover of institutions or entrepreneurs focused on conservation and the promotion of events such as the Heritage Seminar that with the advice of the Excelencias Group was held in that city. 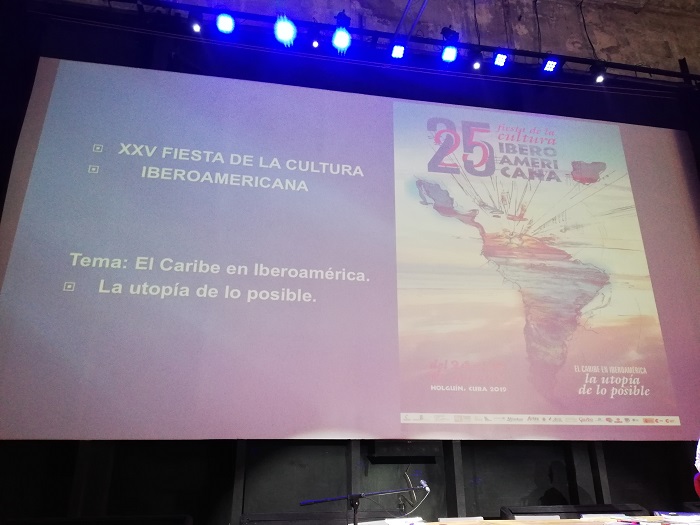 Another of the proposals that occupied the working session was presented by the House of Latin America of the eastern province of Holguín. Mercedes Lores Casamayor, on behalf of the work team, commented on the role of this important cultural institution and its most important event, the Fiesta de la Cultura Iberoamericana. She explained how from these 4 publications are derived: the José Manuel Guarch Prize that collects the works awarded each year; the Memories of the event; the series of texts on topics that link the Cuban with the Hispanic culture and that has the support of the Cultural Ministry of the Embassy of Spain in Cuba and; finally, the magazine Guayza dedicated to social research and criticism that for 5 years has existed in digital format and can now be enjoyed in print. This dream come true has the support of the Provincial Directorate and the Ministry of Culture.

The speaker explained that Guayza's main objective is to disseminate the results of cultural research, regional identity and literary and artistic creation processes in the territory. It has sections to encourage reflection, promotes the Ibero-American Thought Congress and the bases of the José Manuel Guarch Prize. Mercedes also said that it is a source of pride for its editors to have a social science publication created from Holguin and that every day becomes more universal.

Finally, Alexis Triana, editor-in-chief of the magazine Arte por Excelencias, of the Excelencias Group, explained to the audience the challenges of a publication that must find its financing in projects and artists that want to internationalize their image and that has established itself as a publication multicultural of Ibero-America and the Caribbean that is present in the most important art fairs of the region.

He explained how the founding spirit has accompanied its president, Mr. José Carlos de Santiago and the team that accompanies him in the effort to provide readers with the best of tourism, the arts, the gourmet world or the motor. He told the attendees how important editors and cultural promoters have passed through Arte por Excelencias and was born on the idea that there was a potential in Cuban art and the Americas that was not being promoted. In addition, he delved into the rewarding experiences derived from the presentations of each issue in cities such as Trinidad and Holguin and their insertion in cultural spaces such as the inauguration of the photo exhibition Carboneros de Yrám Marrero.

He commented how in the times in which we live in is important to use new technologies and know that readers, wherever they live, can compete from different sites to an editorial production, as followers of Excelencias publications do from platforms. as the Pressreader virtual kiosk where you can download each issue of the Editorial Group. In turn, he urged those present to incorporate these experiences to disseminate their products more effectively.

Triana explained that the magazine Arte por Excelencias, which is celebrating its 10th anniversary and was created in the setting of a Havana Biennial, systematically attends international events, strengthens its editorial proposal with collaborators from different countries and promotes the exchange through sections as The Editor does have someone who writes or The Penultimate. He also exhorted us to take advantage of the mutual strengths and promote the next colloquium, because events like this that the Directorate of Periodical Publications of the Cuban Book Institute has so aptly fostered strengthen us.

Finally, he also urged to find a common space to announce that our magazines come out, to say what those magazines bring and to seek in a common effort spaces to promote Cuban and Latin American publications that from the regional tend to be more and more universal.

Previous publication Rolling with Art. The Mini of The Italian Job 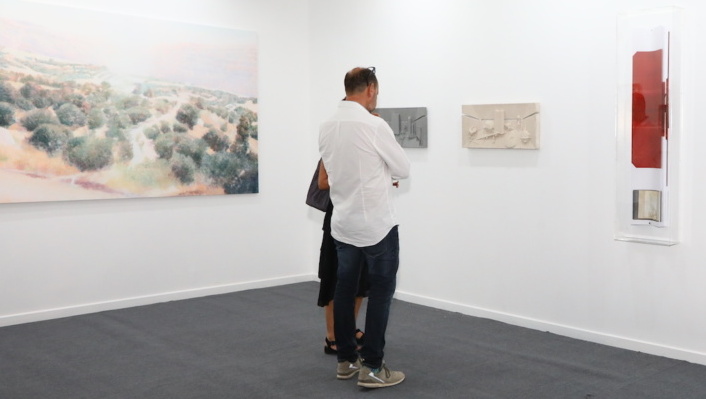