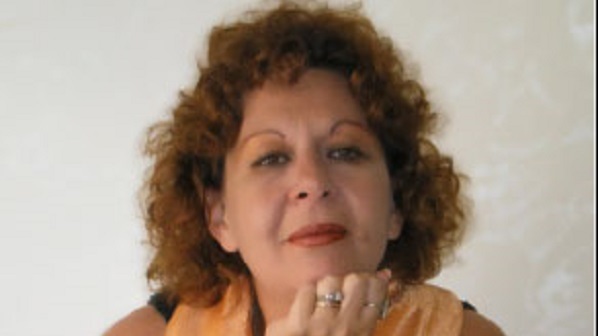 From Italy and Cuba: different letters for theater

When Alina Narciso arrived in Cuba, she fell in love with the landscape of the Sierra , the son of Santiago, its warmth, the light of the Virgen del Cobre, and the many women who raise their voices to express themselves. She knew that it was here, on this island, where the Festival "La escritura de la/s diferencia/s" (The writing of difference(s)) would reach out for an infinite hug.

The Italian actress and director is in Cuba preparing another edition of the international dramaturgy biennial that has been on her shoulders for several years. Sponsored on the Island by the Consejo Nacional de Artes Escénicas, the event attracts mainly women who work in theater, but also in literature and visual arts, among other areas.

The director of the Metec Alegre company also believes that the work of theater women has not been sufficiently recognized in the great circuits of the world. Since 1999, she has been trying to reverse this situation, calling on creators to make them visible and stimulate the value of their work.

Throughout almost twenty years, the contest has grown, adding authors, directors, women who, like the Italian Alina Narciso —the artistic and general director of the contest— prefer to translate into art the time that they have had to live.

This year the event is held in Havana during the month of June. At the VIII edition, "in addition to the usual presence of the organizing countries, Cuba and Italy, there will be participants from Argentina, Spain, Ecuador. There will be a strong presence of the Caribbean area with theater directors from El Salvador and Guatemala. There are also invitees from Colombia, Costa Rica, the Dominican Republic, Chile and Venezuela.»

Among the Cuban participants are Antonia Fernández, actress, director and pedagogue, and Irene Borges, director of Estudio Teatral Aldaba. The program of the event will include theoretical sessions by Nieves Laferté, Raquel Carrió, Vivian Martínez Tabares, Fatima Patterson and Norma Vasallo.

Once again art serves to untie ties, to provide wings. According to Alina Narciso, in the history of theater, women are due for pages. Cuba is the site that she has chosen to continue defending the writing of the difference(s).