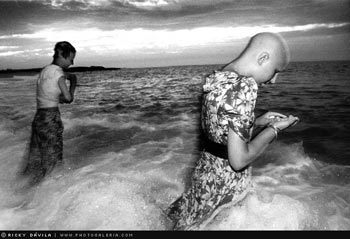 Madrid: Spanish artist Ricky Davila will deliver an author’s workshop entitled Photography as a Personal Vision on Jan. 15 and 16 at LENS. The event targets both professional and rookie photographers in search of a project of their own and a tighter hold on that particular field.

“By using the camera as an exploration vehicle, as a window to the outer world or a reflection of our emotions, the workshop pursues the encouragement of creativeness and curiosity in each and every one of the attendees, as well as to provide easier access to the keys to achieving a personal photographic project,” the summoning document reads.

Attendees should bring along their own works that will be the basis for orientation comments. They can be commercial, autobiographical or documental photographs that will be used as tools for sharing views and discussion on the latest trends in the field.

Ricky Davila (Bilbao, 1964) graduated from Photography at the International Center of Photography in New York. In 1991 he returned to Spain and worked for the El Sol newspaper. Between 1992 and 1993 he served a stint as a photographer for Cover news agency. Between 1994 and 1995, he worked as a photographic editor for EGM magazine and a contributing editor forEl Pais Semanal and Contact Press Images. He’s currently working as a freelancer, sharing his time between editorial portraying and reports. He also co-heads Submersia, a magazine dealing with cultural trends. 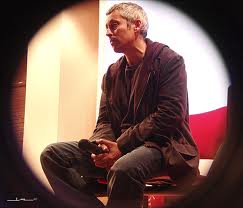 Upcoming author’s workshops organized and directed by LENS are: Juan Valbuena (A Theory of Everything, Feb. 12-13); Eduardo Momeñe (Photography, Text and Video: New Perspective, March 12-13); Matias Costa (Field Notebook, April 9-10); Jose Manuel Navia (The Photographic Act as an Exercise of Recognition, May 21-22); Oscar Molina (Behind the Camera, June 18-19); Ernesto Bazan (Editing Your Own Work, May 3-4).

Panel Discussion. Cloaked in the Medium: Dress/Costume as Embodied Practice