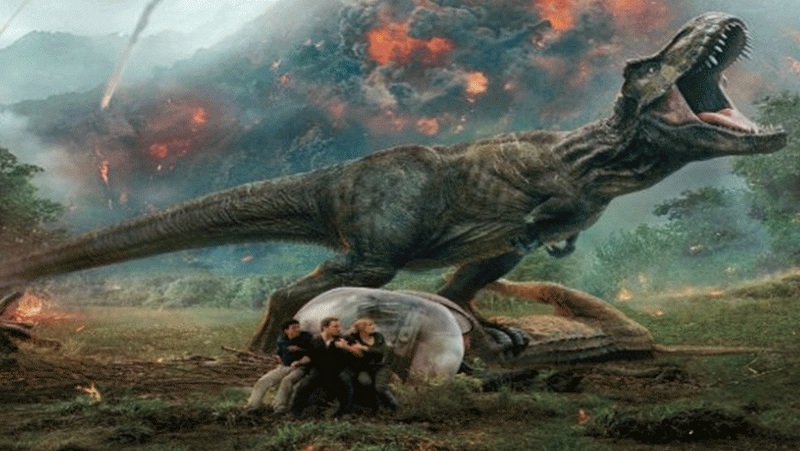 Although the numbers show the success of the film during its premiere weekend, the first part of 'Jurassic World' generated much more gain by raising 208.8 million in 2015.

Directed by the Spanish filmmaker J. A. Bayona, the new film narrates the difficulties in a theme park on the fictional island of Nublar, after the explosion of a volcano that endangers the lives of the huge prehistoric reptiles.

The film features the performances of Chris Pratt and Bryce Dallas Howard and has scenes loaded with action and chases.

The second place in box-office is occupied by the movie, 'Incredibles 2,' a Disney-Pixar blockbuster turned into the best animated premiere in this country.

The third position in the box-office is for the film 'Ocean's 8,' a spin-off of the trilogy 'Ocean's Eleven'(2001), this time starring the renowned actresses Sandra Bullock, Cate Blanchett, Anne Hathaway, Rihanna and Helena Bonham Sump.