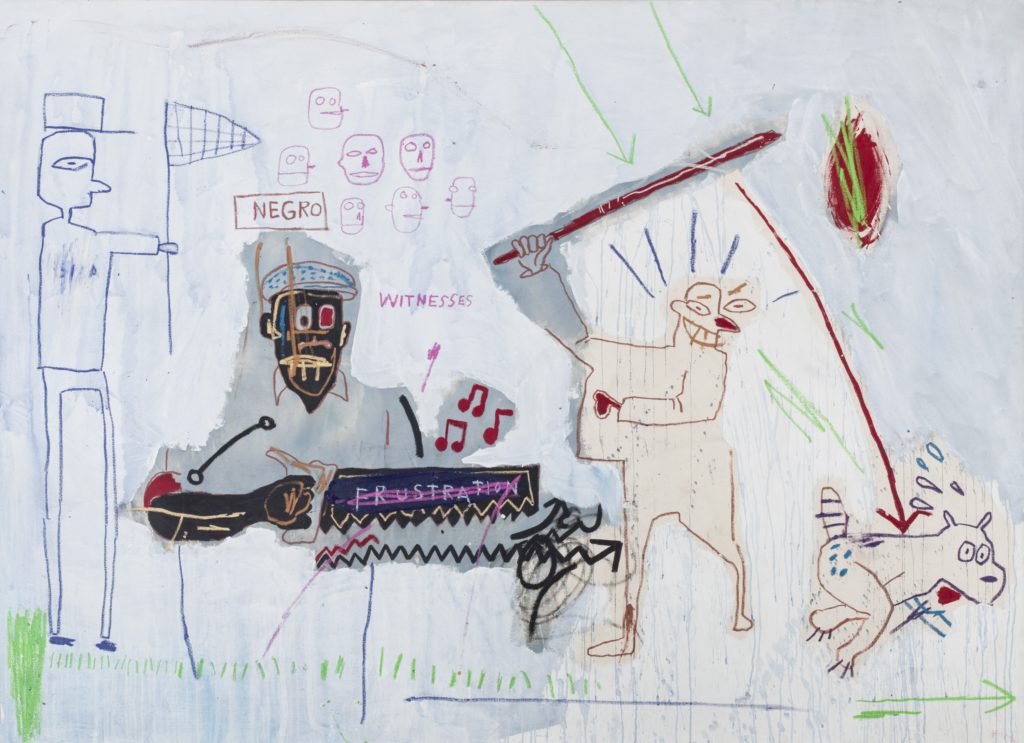 When Peter and Irene Ludwig started to build up their art collection in the 1960s, the world was shaped by sociopolitical changes, the focus of which was the USA: In addition to flaring and ever-increasing conflicts, the civil rights movement succeeded in making its voice heard and shortly afterwards the first positive results were achieved – a process that continues to this day.

The theme of rebellion against established and traditional conventions can be found in many of the works in the collection, which now comprises over 3,000 pieces in the Ludwig Forum Aachen.

The presentation shows a small selection of works that refer directly to North America, deal with historical moments and are as explosive today as so many years ago. Violence against People of Color is the focus in Jean-Michel Basquiat “Blue Gyp Stock”. Robert Longo asks the question on the United States’ claim to world power and Nadin Ospina reverses the phenomenon of cultural appropriation.