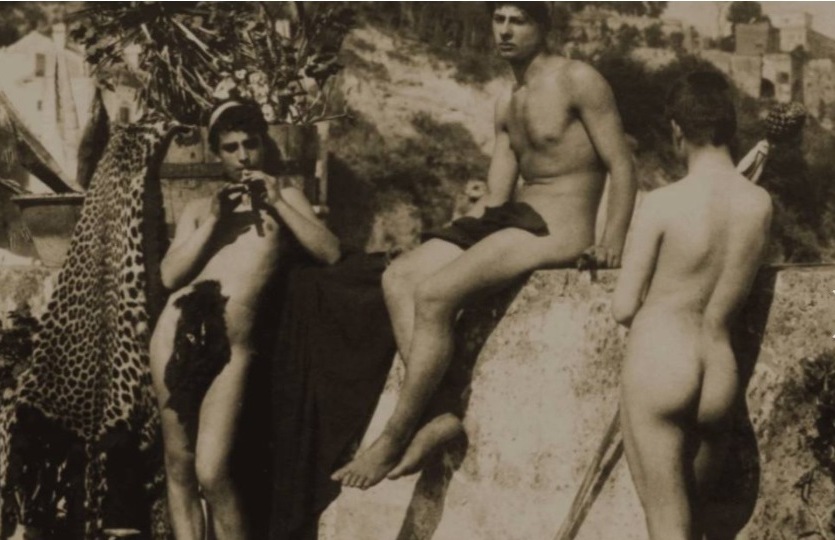 Mendes Wood DM is proud to present the group exhibition Male Nudes: a salon from 1800 to 2021. Intersecting representations of the male nude, the show proposes to reflect on the concepts of copy, imitation, image, time, and decline.

These works are presented as constellations of bodies present in art, bringing together, in a reference to the Salon des Refusés of 1787, a representation of the body that evokes a game of imitation inherent to artistic practice, both in its moral aspect and as a language tool, fully exposing the fragilities of the portrayed body, its impossibility, beauty, and temporality.

According to conventional historiography, the first representation of nudity in the history of humankind was found at an archeological site in Austria. The Venus of Willendorf was classified as an artifact from 30,000 BCE in 1906. Historical-scientific evidence suggests that the piece originated in France and was carried by nomadic populations as a sort of fertility goddess.

Jumping from the Paleolithic era to the end of modern history, the exhibition traverses several concepts and reflections on nudity, such as ordinary and essential representations in Greek and Egyptian art; the criminalization of nudity as a Christian tool of power and expansion; the Italian renaissance; responses to and imitations of the Greeks; baroque hyper-naturalism; and the vernacular gaze of contemporary photographers as proposed by Spinoza – the body as an integral and integrated part of nature.

It would be impossible to dissociate the male nude from the social and thus political representation of masculinity in our Anthropocene. In fact, this association is fundamental in any discussion about body and image. The representation of violent and absolutely distorted male superiority and the exercise of male dominance over dissident bodies have been proclaimed as "normal" or "natural" throughout history. The alleged authority of masculinity is closely linked to an idea of sex where "real" men must be sexually "potent" and exude "sexual power". Lacking an accurate understanding of human sexuality, man considers "sex" as yet another tool of power, domination, and control; therefore, representations of the male body are morally rejected, whilst representations of the female body are seen as natural beauty and an object of ownership and consummation.

When reflecting on the representation of power as a way of oppressing language and all its possible repercussions, the male nude can be understood as a means of challenging male power through the "feminization" of the form, suggesting fragility in the language generated by the image.