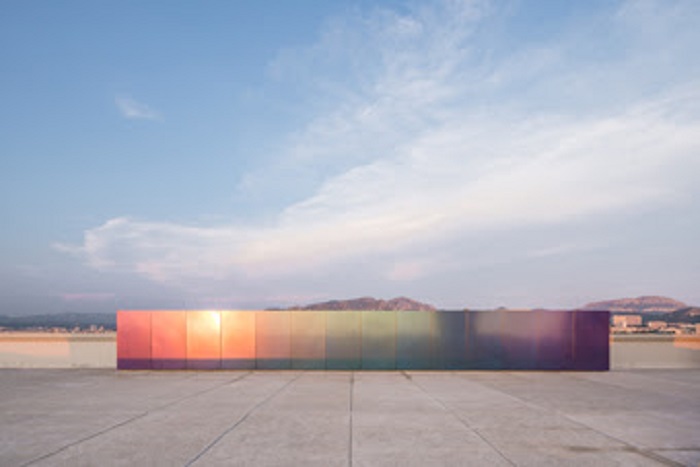 To celebrate its 5th anniversary, Marseille Modulor (MaMo) will host an exhibition by Olivier Mosset - the sixth artist invited to the space since its opening in 2013.

For 50 years, Olivier Mosset has rigorously pursued his practice of deconstructing painting. His exhibition Untitled at the MaMo will gather three works that are emblematic of his artistic research, including a Harley Davidson 74’ Panhead (1957) reflecting the artist’s deep affection for the world of motorcycles; and, in the solarium of the Cité Radieuse, two metal flats of 5 and 18 meters covered with a chameleon paint, whose reflections offer a unique tribute to the sun that bathes Marseille in summer.

An exhibition organized in collaboration with VNH Gallery (Paris), and in partnership with Longchamp and Galeries Lafayette.