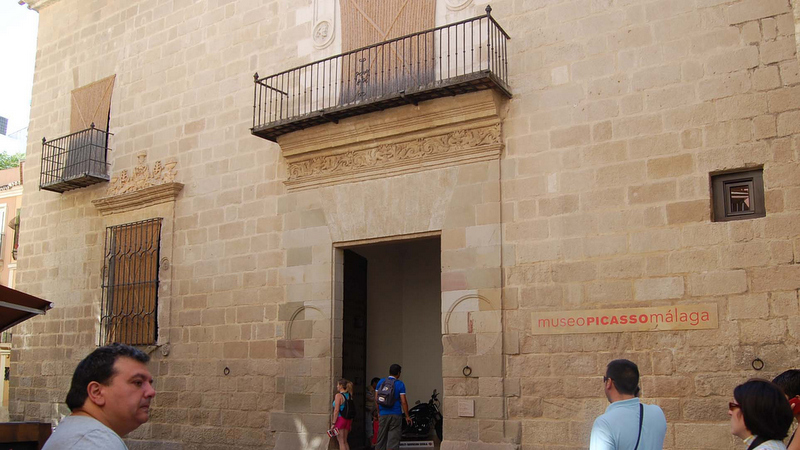 Poetry, jazz, visits, courses, workshops and a day of open doors on October 27 will be part of the program of activities "Fifteen years in Malaga", which will end in early 2019 and will have as sponsors the Unicaja Foundation, the Almine Foundation and Bernard Ruiz-Picasso for Art.

According to the press conference where the calendar of commemorations was presented, during this time, visitors of all ages and all nationalities have enjoyed a unique collection of works by Pablo Picasso, more than fifty temporary exhibitions and a multiple offer cultural and educational, comprises from guided tours, seminars and workshops, to colloquium, music of all styles, conferences, round tables, dance or cinema.

Until August 31, 2018, more than six million (6,190,653) people have visited the art gallery, which opened its doors in 2003 thanks to the will of Christine and Bernard Ruiz-Picasso, to make possible the wish of the most influential artist of the twentieth century that part of his work was in the city where he was born, in 1881.

The donations of the daughter-in-law and the grandson of the artist constitute the core of their funds, almost four hundred pieces (166 incorporated in 2017) that make up a chronological account of the evolution, innovation and creation of Pablo Picasso's artistic process over 80 years of his life, which allows the visitor to understand the importance of Picasso in the history of Western art.

In addition, thanks to several temporary exhibitions, in these fifteen years, more than a thousand oil paintings, sculptures, drawings, ceramics and engravings by the artist from Malaga have been included in the eleven rooms of the Palacio de Buenavista, a Renaissance building donated by the Junta de Andalucía as Headquarters of the institution.

From Tuesday October 9 you can visit the new exhibition The South of Picasso. Andalusian references, which traces the history of Spanish art showing works by Picasso, along with valuable archaeological pieces and paintings by great masters such as Zurbarán, Velázquez, Goya, María Blanchard and Juan Gris, among others.

An unusual exhibition that goes from Iberian art, passing through classical antiquity and leading to the modernity of its contemporaries. The exhibition focuses on the deep impression that the Mediterranean culture had on Picasso's work, linking the artist from Malaga with the Spanish historical-artistic heritage, of which he was a great connoisseur.

Then, on 9th, 10th and 11th October, the MPM Auditorium will host the IV Picasso International Congress, which previous editions have been held in Paris and Barcelona.

Under the slogan "Picasso and history" recognized experts from around the world will come to Malaga to explore the new interpretations of his work. The blue and pink Picasso, the repercussions of his work in South America, the Arab world or his relationship with the Prado and the Louvre museums will be some of the topics of the presentations.

The celebrations will end at the beginning of 2019, with the inauguration of an exhibition (February 26-June 2) that will deal with Picasso's relationship with his first wife, Olga Khokhlova, model by excellence of the so-called classic period of Malaga.

The exhibition will put into perspective the realization of some of his great works, reconstructing the production of the artist in the context of a personal story that runs parallel to another political and social history: in convulsive Europe between the wars, the reproduced figure of Olga will go metamorphosing as the link between them deteriorates.

Next publication Swab Barcelona, the fair this city deserves