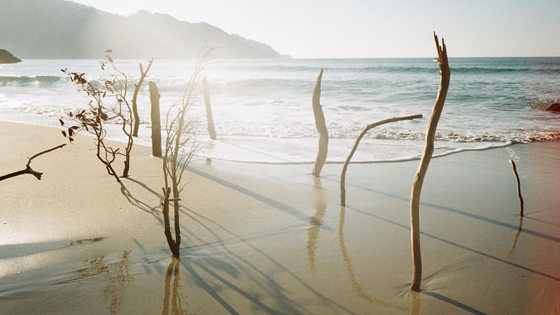 Shimabuku The 165-metre Mermaid and Other Stories

Freely combining performance, land art, music and cooking, Shimabuku (b. Kobe, 1969) develops a practice inspired by the profound attention he pays to his environment and each of his works can be seen as a poetical-philosophical experience.

The exhibition stems from a medieval Japanese legend and unfurls in the manner of an epic poem. It tells the artist's adventures and encounters as he goes with the flow, roving between his native Japan and Monaco via Brazil, Australia and many other lands. The installation I'm travelling with 165-metre Mermaid (1998–ongoing), acquired by the NMNM in 2018, forms the starting point for the exhibition and is enriched by artefacts produced in Monaco by different craftspeople invited in turn to make this story into a work of their own.

This major monograph will be accompanied by a catalogue published jointly by the NMNM and the Berlin publisher Manuel Raeder (Bom Dia Books) featuring unpublished texts by Nicolas Bourriaud, Claire Le Restif and Rirkrit Tiravanija.

Villa Paloma | Shimabuku The 165-metre Mermaid and Other Stories