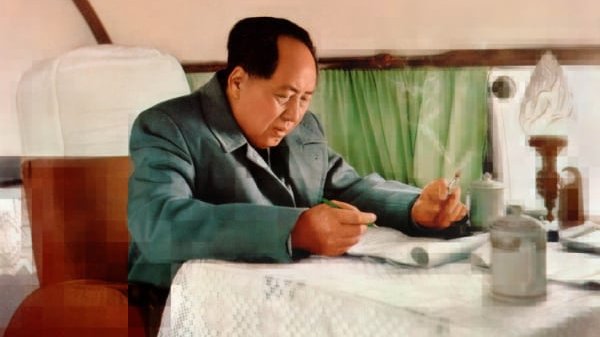 David Zwirner is pleased to present recent photographs by the German artist Thomas Ruff at the gallery's Paris location. The exhibition will feature works from Ruff's tableaux chinois series (2019–), which debuted in fall 2020.

Ruff rose to international prominence in the late 1980s as a member of the Düsseldorf School, a group of young photographers who had studied under Bernd and Hilla Becher at the renowned Kunstakademie Düsseldorf and became known for their experimental approach to the medium and its evolving technological capabilities.

Ruff's tableaux chinois arose out of his long-standing interest in the genre of propaganda photography—inherently at conflict with the medium's mimetic capability as it presents an ideologically inflected version of reality. In the early 2000s, Ruff came across a coffee table book on Mao Zedong that grandly valorized the Chinese leader's life and achievements, and became interested in Mao not only as a political figure but also as a cultural reference point, depicted by a range of Western artists—most notably, Andy Warhol.