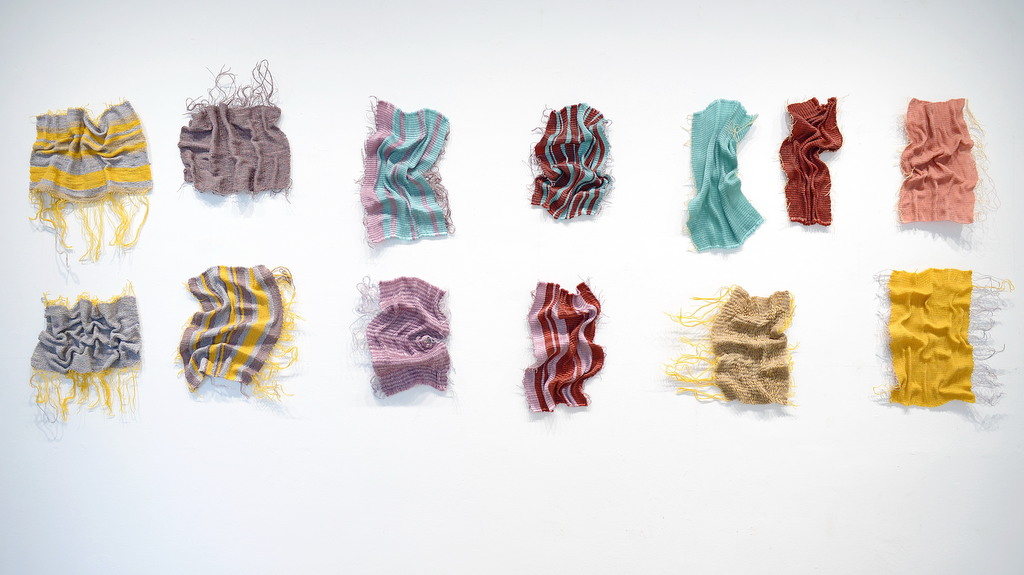 The artistic works represent traumas of the most diverse origins and different developments and forms of expression. The media are mixed. Most of the works were developed especially for this exhibition or adapted to the location.

12-14 contemporary has the objective to work with relevant social political topics and because we are an artist-run space we have the ability to react spontaneously and quickly
the art works will infect the viewers and support a reflection or change of thinking in the best way. The topics are Violence, Femizide, Human rights, Climate  change, war, racism, all things which cause trauma.

In 2019, during a visit to Vienna, the Mexican curator and artist Luciana Esqueda spoke to me about the extremely high number of femicides in Austria and we talked about the resulting traumas. We felt the responsibility and necessity to work on this topic publicly and started in March 2020, on the occasion of International Women's Day, with an exhibition at the UNAM in Mexico City. In December 2020, we presented international female positions in the exhibition "Utopia of Transformation" at 12-14 contemporary in Vienna and published our manifesto. In March 2021 we established an online exhibition. Despite the media in Austria taking up this topic and the population talking more about it, the number of femicides increased in the first months of 2021 – so far Austria can record 11 femicides. A change of name from relationship drama to femicide had long been necessary – but semantic accuracy sensitises, but does not prevent.For Luciana Esqueda, who is more or less used to femicides from Mexico, it was incomprehensible how such conditions can prevail in a 1st world country. What is wrong and what are the consequences for society?

But how did it all begin?

Historically, at least since the Greek myths, we can read about how women have been treated throughout history. They were stolen, raped, abandoned, driven mad. As playthings of the gods, they were shown no respect whatsoever. The Catholic Church manifested the position of women as subhumans, oaths "Till death do you part" were taken literally.

In various wars, women had to hold the fort, support the family, make ammunition and weapons, and do hard work. The autonomy gained for a short time was cancelled at the end of the war, and women had to return to the hearth. But the trauma of war women often also lay in rapes and abductions, which were concealed in later times, out of shame.

In the 20th century, many war-traumatised people from Hungary, Yugoslavia, Syria and Afghanistan fled to neighbouring countries seeking protection. Too little attention is paid to their psychological damage; the traumas of uprooting, of war experiences, of flight cannot be dealt with. A recurring theme is the abuse in church institutions, which was concealed or denied for decades.

Neoliberalism also leaves behind a traumatised generation in whose world the rules handed down so far no longer apply. The dream of social advancement is shattered by reality. The idea of transcending social boundaries through hard work is fading.

Since 2020, we have known a new trauma, that of the pandemic. Many people, especially young people, old people and singles, suffer in this physically contactless time of isolation and restrictions, psychological problems result from it.

Seen in this light, we look back on at least 2000 years of violence, abuse, assault and oppression – trauma – a fact that paralyses our society and makes development and change difficult.

"The body keeps the score" – the body does not forget, writes Bessel van der Kolk. Even a long time after the traumatising event, memories of it can suddenly haunt those affected (latency and post-tolerance). Triggers are often certain situations or moods, places, faces, smells that bring the traumatic situation back into consciousness. This constant alternation of avoidance and recollection (intrusion) is described by most researchers as a tormenting trauma symptom.

In contemporary art, treatments of these themes appear regularly. Marina Abramovic, for example, sees artistic reappraisal as a chance to relive personal trauma again and again until it is overcome. Quasi the pain as part of the coping process. Dissociation is then a mechanism of self-protection: the unbearable memories and images are split off again and again until those affected are sufficiently stable to deal with them.
Chimamanda Negozi Aidichi sees private violence ultimately as one of the main causes of political violence. And because this violence is a taboo, nothing would change in politics either.

Laurie Penny talks about the traumatised group of the occupy movement, often (male) youths without jobs, housing, perspectives, on whom we, the so-called open-minded society, put our hopes to slow down turbo-capitalism. But how can traumatised youths solve the accumulated problems?

"Only in the togetherness of people in the world given together can existence develop at all." Hannah Arendt

Previous publication Tom Sachs Space Program: Rare Earths Next publication Johnny Depp: ''People are the only reason why I am here''