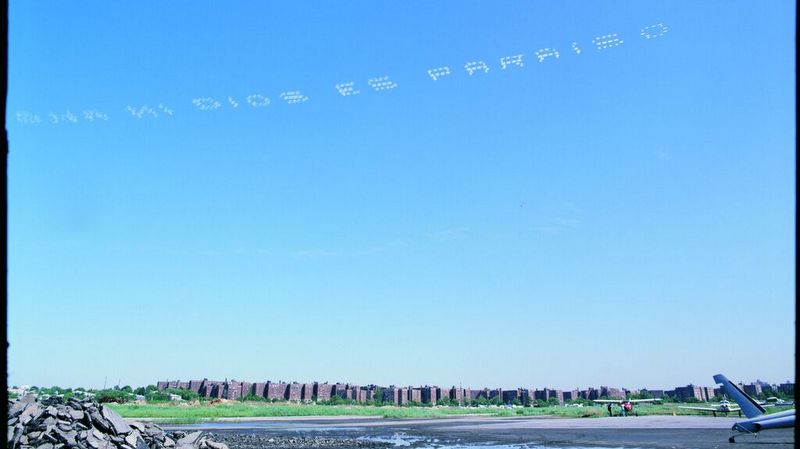 Through video, installation, sculpture, poetry, performance, and archival documentation, the works explore constructions of self and nation, by sifting through the unstable terrain of the past. Drawing on histories and archives of feminist, queer, and Third World liberation movements—and responding to the uneven forces of neoliberalization—the artists suggest the pursuit of a new life and new ways of being together.

After La vida nueva takes its name from a work by artist and poet Raúl Zurita, who in 1982 organized five decommissioned World War II planes to type out one of his poems in white smoke-dots blotted across the sky. Zurita's work referenced the 1973 U.S.-led military coup against the democratically elected government of Salvador Allende and the subsequent dictatorship in Chile. The exhibition looks back to this era—which was full of the promise and violence of the new—to bring us a sense of a moment in time lost and imperfectly recovered.

While typically held in a gallery setting, this year the exhibition will consist of an expanded catalogue, available for download, and an online component, hosted by Artists Space, where a weekly series of "spotlights" of different works in the exhibition will include screenings, archival documents, images, and text. Please visit https://artistsspace.org/exhibitions/after-la-vida-nueva for the latest schedule of events.