With approximately 200 works by sixty U.S. and Mexican artists, Vida Americana: Mexican Muralists Remake American Art, 1925–1945 will reveal the profound impact of Mexico's three leading muralists—José Clemente Orozco, David Alfaro Siqueiros, and Diego Rivera—on the style, subject matter, and ideology of art in the United States made between 1925 and 1945.

Organized by curator Barbara Haskell, with Marcela Guerrero, assistant curator; Sarah Humphreville, senior curatorial assistant; and Alana Hernandez, former curatorial project assistant, Vida Americana will be on view at the Whitney from February 17 through May 17. During a special event held today in the Museum's lobby, Museum visitors were greeted with a surprise celebration at noon, complete with free ticket giveaways and an Instagram-worthy photo opportunity.

At the event, Haskell highlighted the murals and easel paintings that will be on loan from Mexico, Japan, Argentina, and the United Kingdom for the exhibition. These include works that are rarely exhibited in the United States, including Rivera's 1932 studies for his destroyed and infamous Rockefeller Center mural, Man at the Crossroads, on loan from the Museo Anahuacalli in Mexico City; María Izquierdo's My Nieces (1940) and Siqueiros's Proletarian Mother (1929), on loan from the Museo Nacional de Arte; and two paintings by Japanese-born artist Eitarō Ishigaki, on loan from Japan's Museum of Modern Art in Wakayama.

Guerrero then discussed the Museum's ongoing initiative to improve access for Spanish-speaking visitors. For Vida Americana, a number of resources will be available in both English and Spanish, including all exhibition texts, the mobile guide, exhibition tours, and a Family Guide that will feature texts and in-gallery activities. The guide is available free of charge to all families who visit the Whitney as well as to elementary school-aged students who visit the Museum. The Museum also announced programs being organized by its education department on the occasion of the exhibition, including a full-day symposium featuring artists, curators, educators, and scholars presenting new perspectives on the role of Mexican Muralism in the United States. Other programming highlights include Tours for Immigrant Families, Teen Night, and a Community Partnership Mural Project with The Door and artist Sophia Dawson. Additional details and the full lineup of programs can be viewed below.

By presenting the art of the Mexican muralists alongside that of their American contemporaries, Vida Americana reveals the influence of Mexican art, particularly on those looking for inspiration and models beyond European modernism and the School of Paris, during the interwar period. Works by both well-known and underrecognized American artists will be exhibited, including those by Thomas Hart Benton, Elizabeth Catlett, Aaron Douglas, Marion Greenwood, William Gropper, Philip Guston, Eitarō Ishigaki, Jacob Lawrence, Harold Lehman, Fletcher Martin, Jackson Pollock, Ben Shahn, Thelma Johnson Streat, Charles White, and Hale Woodruff. In addition to Orozco, Rivera, and Siqueiros, other key Mexican artists included in the exhibition include Miguel Covarrubias, María Izquierdo, Frida Kahlo, Mardonio Magaña, Alfredo Ramos Martínez, and Rufino Tamayo.

Previous publication Excelencias Cuba Awards Slated for February 12 Next publication Encounters: 12 ambitious large-scale installations by artists from across Asia and beyond 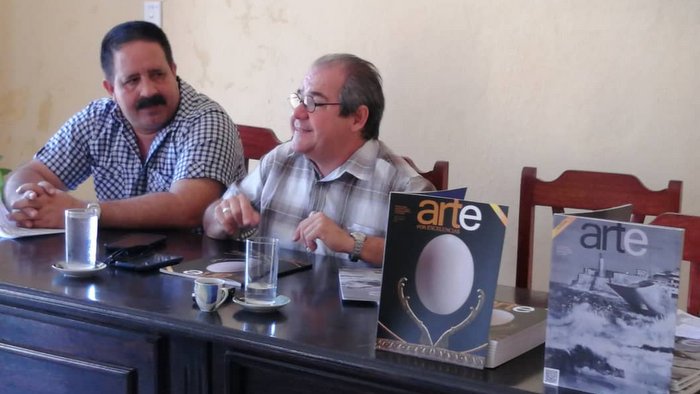