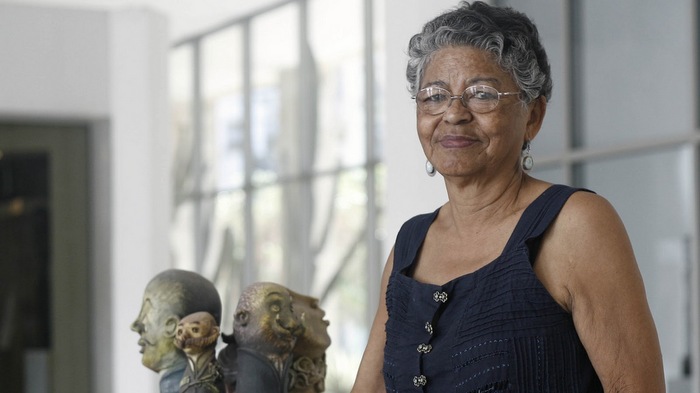 The integral work done by her in the field of visual arts of the Greater Antilles over more than six decades, was recognized this Tuesday to the painter and recorder Lesbia Vent Dumois (Cruces, 1932), with the granting of the National Plastic Arts Award 2019.

In this way, she becomes the second woman to receive the highest recognition granted annually by the National Council of Plastic Arts, since it was instituted in 1994. Rita Longa previously received it in 1995, a unique occasion in which it has been shared, on that occasion with the sculptor Agustín Cárdenas.

A jury composed of seven prestigious critics and artists, which was chaired by José Ángel Toirac, deserving of the award last year, unanimously decided to grand the award to the versatile creator among 14 other nominees; not only in attention to her solid plastic work, but also for her performance in other areas such as artistic criticism, museology, curatorship, pedagogy and cultural promotion.

Likewise, this collaborator and inspirer of the Arte por Excelencias project was considered, her work at the head of different institutions of which she has also been founding, as is the case of the Union of Writers and Artists of Cuba, UNEAC, in which serves as a member of its National Council and president of the Section of Plastic Arts.

The National Prize of Curatorship has also held numerous personal and collective exhibitions in Cuba and abroad. Her works are in the Havana National Museum of Fine Arts; the National Gallery, in Sofia, Bulgaria; in the Museum of Art of Nicaragua and in the UNESCO Collection.

The award ceremony of the 2019 National Plastic Arts Award to Lesbia Vent Dumois will take place next January, at the theater of the National Museum of Fine Arts.