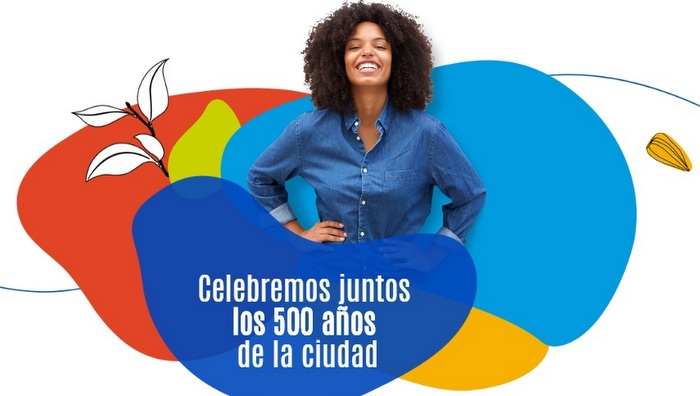 May culture be our inspiration!

Last August 15, when the ruins of “Panama la Vieja” were illuminated and we could see at night the ancient tower, a symbol of the 500 years of existence of Panama City, the need to invest in the promotion of culture was again demonstrated to me, either on showing the value of heritage regarding the knowledge of history by the new generations, its incentive for tourism as an engine of sustainable development, or even for the upholding of the self-esteem or our nations.

It is perhaps the lesson that this type of event leaves us, and it is futile to dedicate even a minute to those who try to subtract from credit, both in Panama City and in Havana, because the current capitals are not at the same point of the former foundation. At a stroke, historian Eusebio Leal would erase them, whose deeds for the restoration of Old Havana district is a model of life and work.

The bottom line is to take full advantage of these fabulous opportunities that will still extend for a whole year, and go beyond the 500th anniversary ads at bus stops, the image on subway cards and car license plates.  Especially when Panama was declared since 2016 Iberian-American Cultural Capital by the “Unión de Ciudades Iberoamericanas” (Union of Iberian-American Cities,) and Havana, the “Capital de la Coctelería en Iberoamérica” (Capital of the Cocktail Bar in Iberia-America) by the Iberian-American Academy of Gastronomy.  There is so much still that it is possible to do

It is the spirit present at the Congress of Architects of Panama that has just claimed to re-dream the city and rescue the built heritage, and the call of Panamanian writers at the International Book Fair, and that is appreciated in the dozens of vigorous murals of painters in the twenty-six districts, at the initiative of the Mayor's Office of Panama.

Amidst the third edition of the Panama Ballet Festival, at the end of July, two young first figures of the National Ballet of Cuba, Grethel Morejón and Dani Hernández, gave master classes to Panamanian students.  And I was wondering why this was not a more common event in the cultural exchange if Havana and Panama were port cities, and on November 16 the former will be the celebrating its half millennium, too.

I turn to the proposal that UNESCO will make several countries in the area very soon, led by the “Consejo Nacional de Patrimonio de Cuba” (National Heritage Council of Cuba,) and which Dominican, Colombian and Venezuelan friends joined enthusiastically.  It was born from the debates in the Gastronomic Seminary of Trinidad, a thriving patrimonial and tourist city, about the need for the casaba, a food originating from the first inhabitants of the Caribbean, to be registered on the representative list of the Intangible Cultural Heritage of Humanity.

It is for this reason that the “Grupo Excelencias” is promoting that Havana, on the occasion of the celebrations for the half millennium, set a new record just on Guinness Records Day, and that it registers the biggest parade of old cars that can take place, quite an homage event to creativity and innovation, for keeping and maintaining them despite any shortages and the blockade.

For those who still believe that I am raving, I go back to the editorial published for the twenty years of the “Grupo Excelencias”: «In 1983 I made my first trip to the Dominican Republic.  There I began to know these towns so rich, diverse and fun with respect to the old continent.  In 1992 I traveled to Cuba, and from that moment I gradually got to know the Caribbean countries.  But it was in 1997 when the desire to communicate to others those “excelencias” (excellences) that I had been able to know woke up: diversity was the element that moved me the most ».

Then we said that to reach two decades of existence had not been a challenge, but only to follow our instincts of communicators and to have a very clear idea that it is a constant in these 500th anniversaries of “Panama La Vieja” and Havana: «Iberia-America and the Caribbean were our greatest inspiration ».  Today they continue to be on our road.  May culture be always that inexhaustible reservoir where we all drink from!