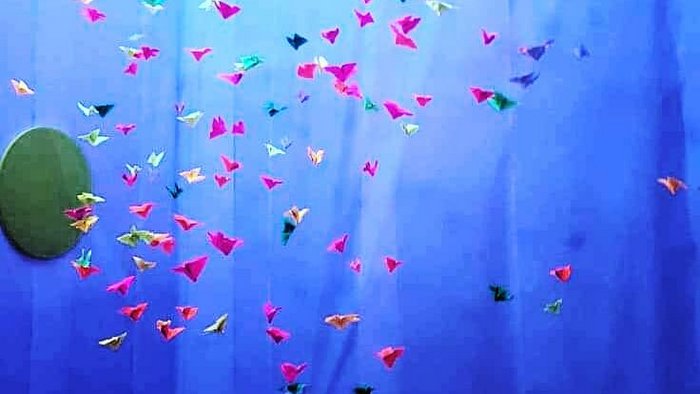 Four seasons for the Biennial

Spring, summer, autumn, winter ... Four periods that are also marked by the inclination of the axis of rotation of the earth with the plane of its orbit with respect to the sun, give the human being a rhythm of life and certain cyclical adaptations. And although in a tropical country like Cuba such seasons are reduced to two, there is a gallery very close to the Plaza, the Open Studio (Amezaga between 19 de Mayo and Aranguren), where in these days of the XIII Biennial, and as part of the collateral program of the event, you can enjoy the four seasons through the exhibition En cuatro tiempos, of artists Lázaro Navarrete, Iskra Ravelo, Ricardo Labarca and Maykel Rodríguez, curated by Julia Portela Ponce de León.

«This exhibition —Julia tells us in the catalog— brings together four creators who establish, on this occasion, a visceral relationship with time from their eyes towards contemporary art. The approach to each temporal frequency also assumed from the expressive potentials of their discourses, put into play reflections that dialogue in different instances. The staging assumed in the domestic sphere, nullified in its functionality, subverts the affective sense to accentuate the focus in an immaculate space that aims to lead the receiver to a kind of season so that it transits in the inner light that makes fragmentation visible his own completeness».

The protagonists made statements exclusively for Arte por Excelencias:

Ricardo Labarca: «In our country spring does not manifest in the way it does in others. I take as a pretext that season to represent my social interests and with art. I link the painting with the sculpture. My spring starts from the concept of the flowering of human feelings and the beauty associated with them. It is a representation of those values ​​and of what each one pretends to be».

Iskra Ravelo: «I present six pieces from two different series: Bestiario and Fairy Stell. Bestiario is an appropriation of the medieval imaginary with animals, but taken to the contemporaneity with my own means of expression, which are makeup and nail painting. They are used to mask, to hide images of extreme violence under the visuals of kitsch, in this summer that I had to represent».

Maykel Rodríguez: «It's ironic to talk about seasons in Cuba, because everyone knows there are not any. I have decided to imagine what autumn is. It occurred to me to work with a moment of the day that is the afternoon, due to its similarities with that season: sundown, waning light ... I brought up these photos that I had never revealed, and I pronounced the intention with the use of sepia color and consecutive of the images».

Lázaro Navarrete: «We want to speak in a very metaphorical way about our own problems: identity, representation as a country, violence, nostalgia ... Everyone adjusted to their season. I am winter. Everything very white, very sterile, with a lot of impersonality. White is always linked to purity and innocence, but for me it is very painful».

Julia Portela: «The idea of ​​talking about time from the seasons, and that from the seasons themselves could talk about their individual discourses in relation to contemporary art, was a great challenge. I was making selections, selections and more selections. The curator assumes another dimension of the work, and there is a negotiation game. These four artists were very respectful towards me and I achieved what I wanted. It has been a pedagogical process, not of imposition, but of conviction».

Previous publication The San Sebastian Festival opens the call for submissions for Glocal in Progress Next publication Art for Mom: Beauty does not stay in the intention