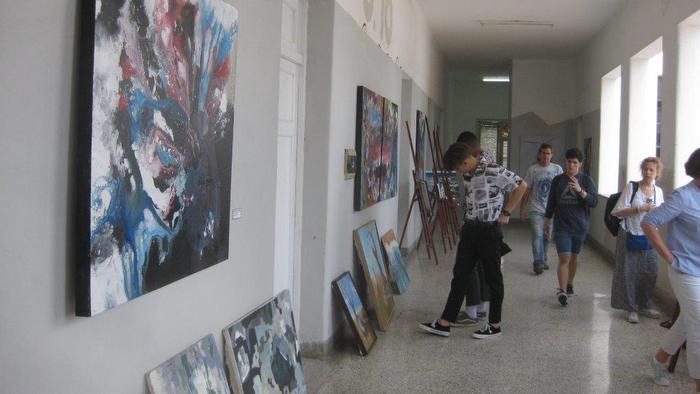 The Biennial in The Academy

The National Academy of Fine Arts San Alejandro of Havana, which celebrated its 201st anniversary in 2019, that school where ART grows in all its dimensions, also dressed as a Biennial in this XIII edition.

In each festival of plastic arts, San Alejandro receives new colors, and its spaces were transformed, by the work and grace of the creativity of students, teachers and artists (ex-students and recent graduates, and guests from here and from other countries that always arrive), in an amazing place. From the very borders of the Academy that welcome you, you could breathe in the air a "smell" of paint or, rather, of very fresh art, rescued from the youthful imagination, in some cases, and in others, of high caliber art works. On this occasion, there were also pieces by artists such as Vicente Hernández, José Miguel Pérez, Alberto Valladares, El Guajiro who paints ..., among others who exalted, with their presence this festival of Cuban plastic arts in San Alejandro.

The Biennial at the San Alejandro Academy of Fine Arts, has gradually become the setting for the activation of different artistic expressions, the use of diverse media and experimentation with materials, which has marked a renewing aesthetic in response to concerns of our global environment. It would not be unfortunate, then, to put a point of view in our Academy when, by rupture or continuity, it is one of the centers from which Cuban contemporary art is nourished. In the context resulting from the relationship between pedagogy and art was the challenge of the exhibition of San Alejandro in the Biennial, occasion in which spaces were intervened again inside and outside the institution, contexts were changed and solutions were sought artistic experiences, individual or collective, enriched by the social visuality generated by the utopia of everyday life.

All this had a place in the theme -The Cloud- at the semantic level, from the physical and representational, to the most symbolic / metaphorical, establishing a wide range of interpretations. It is considered that the clouds are drops of water on atmospheric dust that, depending on different factors, can turn into rain, hail or snow. They are a kind of aerosol formed by water evaporated mainly from the oceans.

The clouds are classified into cirrus, strata, nimbus and cumulus, as well as high, medium and low, hence the three virtual "spaces or divisions" of the sample. (Clouds are a very important factor in climate change); without the clouds, the climate of the earth would be completely different. The climate is the result of the changes experienced by the clouds ...

There were sculpted pieces, objects, drawings, engravings, paintings, digital art - which on this occasion paid homage to the formation of the important chair at the school, driven by the timely visit of our Commander in Chief Fidel Castro in 2001 , which made it possible-, photographs ..., which recalled the fertility and talent of creativity, because the National Academy of Fine Arts San Alejandro, was from its very beginnings, back in 1818 as Free School of Drawing and Painting of Havana, the second institution of its kind founded in Latin America, shortly after the Royal Academy of San Carlos (1785) in Mexico, under the aegis -wise and updated- of the French artist Jean Baptiste Vermay (1784-1833) -first director arrived from the Old continent with very innovative ideas-, and artistically formed in the Parisian workshop of Jean Jacques David, patriarch of French neoclassicism.

The theme that this year highlighted the Biennial was a metaphor that covered many aspects. And it is that each human being, solitary being / thinker carries implicit his creative instincts within him, and by means of varied ways gives free rein to that accumulation of experiences, longings, feelings, dreams, questions that sleep in their interior waiting the precise moment for escape through the cracks of creation (the rain that clouds carry ...). Then comes the moment when they sculpt, draw, paint, install, record, film to go outside loaded with that personal DNA that we each carry with ourselves. In that instant, man also becomes a CLOUD ... That colored world of so many unique elements breathes later on the surface as works arising from a beautiful act of birth of one's own becoming ART. Man and his universe, forming artistic galaxies that unite and dialogue with each other. This is how the pieces were seen in these Biennial days in an old Academy that follows time, without losing a bit of contemporaneity because it has always been in the same dimension. Different themes colored the pieces, where examples of artists from other invited countries were added, so that students and teachers could converse with other works, always taking into account the space of teaching always open to all ... They are clouds, of different dimensions and geographical points, which come together to make our world more productive and breathable.

On the cover: The most dissimilar spaces of the bicentenary Academy were occupied by young art / Photos courtesy of the author

Previous publication Notre Dame resuscitates in Cuba Next publication From this Monday, II Biennial of Design of Havana 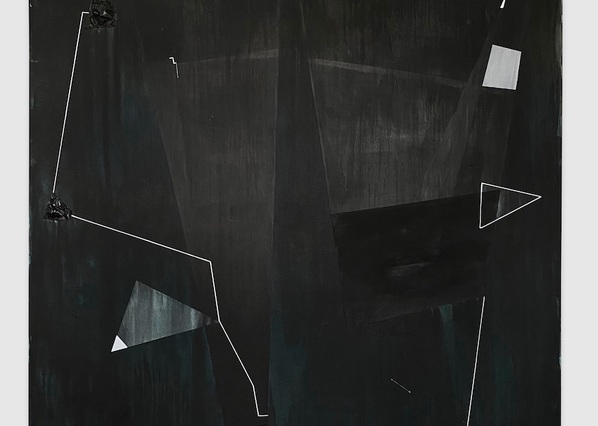 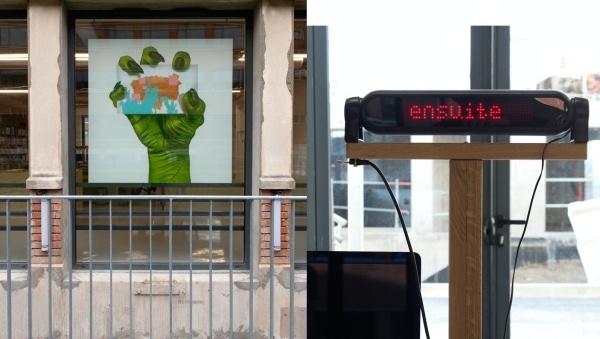 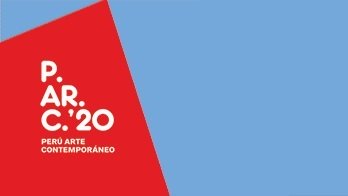