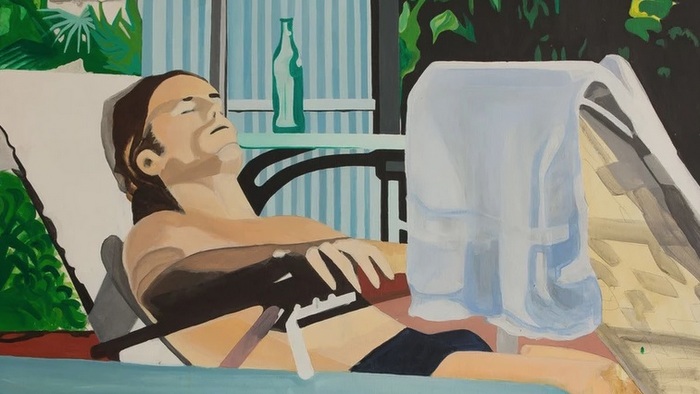 Aninat Galería is pleased to present in this edition of Untitled, Miami Beach "Isolation Situation", a series of paintings by chilean artist Kira Piriz that explore the unawareness of being observed while inhabiting non/place public spaces.

Coming from Chile, Kira Piriz is aware of the political process the country is going through at the moment, and chooses to acknowledge it in her work, saying:"while unaware of being observed, the social cinism with which we transit is dropped: no one observes any longer."

Her first solo-show at Aninat Galeria last year "Look at me without looking", reflected upon intimate moments, depicted as mere blinks of the memory. The subject is unaware of his representation and an uninterested instant becomes interesting.

With a cinematographic, Hockney-like imagery, Piriz's work often makes us part of an everyday situation in which perhaps we shouldn't be in, yet proposes the possibility to engage with a subject that, being alone, doesn't notice us.