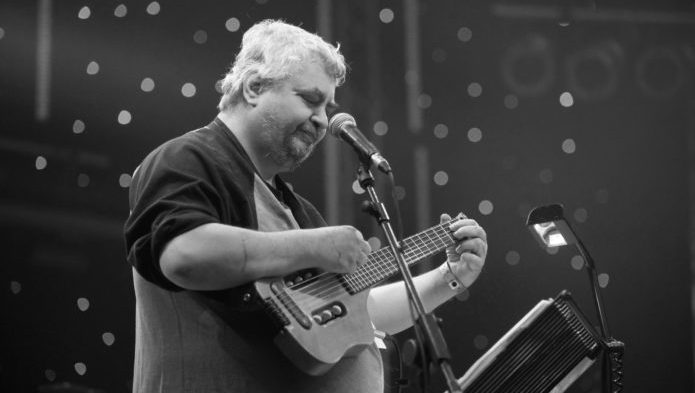 Outsider Art Fair, the premier fair dedicated to showcasing self-taught art, art brut and outsider art from around the world, is excited to announce Daniel Johnston: Psychedelic Drawings, an exhibition of over 30 works by the late musician and self-taught artist, on view at Electric Lady Studios, the Greenwich Village recording Mecca founded by Jimi Hendrix in 1969. Curated by renowned American cartoonist, painter, designer and musician, Gary Panter, the exhibition is featured as part of the 29th edition of the Outsider Art Fair in New York, which this year is taking place from January 28th – February 8, 2021 across multiple locations in Manhattan.

An American singer-songwriter and visual artist, Daniel Johnston (1961-2019) was regarded as a significant figure in outsider, lo-fi, and alternative music scenes. Like his music, which was frequently cited for its "pure" and "childlike" qualities, there is a great earnestness and energy in Johnston's art. Rendered in Magic Marker, his effortless drawings were frequently inspired by characters like Casper the Friendly Ghost. "In Johnston's vocabulary, Satan and Captain America are not jokes; they embody internal virtues, aspirations, fears, and resistance that he himself lived out," notes curator, Gary Panter.

The exhibition is accompanied by an essay by Panter, in which the curator draws comparisons between Daniel Johnston and self-taught visionaries Susan Te Kahurangi King and Henry Darger, all of whom endured neurological or psychiatric disorders. "Despite their conditions, each has built a powerful and unique fantasy world out of images from mass media – hieroglyphs of returning images and characters," notes Panter.

Daniel Johnston. Courtesy of The Daniel Johnston Trust.
The works included in the exhibition are sourced from the collection of The Daniel Johnston Trust, which is overseen by Dick Johnston, Daniel's older brother. Johnston and Lee Foster, Electric Lady's Managing Partner, met last year following Daniel's death. "Art has always been a fixture at Electric Lady –– from the large sci-fi, space murals commissioned by Hendrix, to the decoupage installations done here in the early 1970s" notes Foster. "I began building my own collection of Daniel's work and recognized that a separate collection for the studio would be great inspiration for musicians recording here. The creative dialog begins instantly when people see them." As Foster has become a conservator of Jimi Hendrix's legacy, he now also works with Daniel's family to help further cement the late artist's legacy.

An exhibition of Johnston's work was meant to debut in September 2020, coinciding with the 50th Anniversary celebration of Electric Lady Studios and one-year anniversary of the artist's death, but was postponed due to the pandemic. While Johnston's work has been exhibited internationally, including the 2006 Whitney Biennial, this tribute is the first survey of his drawings since his passing and the largest exhibition to date. Daniel Johnston: Psychedelic Drawings will be open to the public by scheduled appointment through the Outsider Art Fair and accessible as part of the fair's Online Viewing Room.