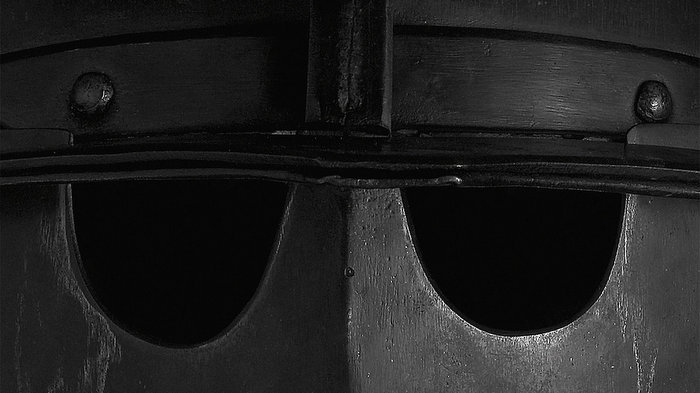 HALLE FÜR KUNST Steiermark is pleased to present a remarkable site-specific production within a newly initiated performance series, Give Rise To, which this year will address the resources and different population groups in the city of Graz from various perspectives. The Belgian artist Billy Bultheel presents the performance UNTER KAMMERMUSIK (Under Chamber Music) in collaboration with the Argentinian artist Viviana Abelson.

Billy Bultheel (*1987 Brussels, lives in Berlin) uses architectural fragments and infrastructures in his performances in order to occupy different spaces. Whether on the roof of a dwelling or in a church, Bultheel's collaborative works always provoke a productive tension with the place where they are presented. A key aspect of the artist's practice is his long-term exploration of polytonic Baroque music, which he combines with elements of noise, electronic music and metal.

Argentinian artist Viviana Abelson (*1985 Buenos Aires, lives in Berlin) makes objects, sculptures, and musical instruments. Her practice focuses on exploring physicality, machines, and materials such as steel, rubber, and leather whose physical and alchemical potential she examines. By cutting and rearranging these materials, forces are made visible that the artist uses to process those substances. The works that are made in this way are characterized by a narrative quality that attempts to depict the manipulation and the pressure that economics and politics exert on the social body. Most recently, Abelson has worked on making instruments, an example being car tires covered in leather to produce percussion instruments.

UNTER KAMMERMUSIK is the second chapter within a newly designed performance series. The first chapter, Unter, will be performed in the Schinkel Pavillon in Berlin, where it will be presented a few days prior to the Graz performance. For the second part commissioned for HALLE FÜR KUNST Steiermark, a historical building in the city of Graz, the Landeszeughaus, will be used as a temporary performance venue.

With more than 32,000 items, including harnesses and firearms, the Landeszeughaus holds the largest surviving modern-age arsenal in the world. Today, this historically significant building bears witness to the region's turbulent history. Built between 1642 and 1647, the weaponry held here served to defend against the attacks from the expanding Ottoman Empire, which came close up to Graz and represented a direct threat, so that the Steiermark became a region with key military significance. The arsenal changed over the years, and today it is open to the public, showing the historical system for presenting and storing various weapons and also the important significance of this building in the history of the region.

For UNTER KAMMERMUSIK, Bultheel and three other performers use new instruments made by Abelson to enact a contemporary version of a chamber music concert. The choice of this special form of concert was made in connection with reflection on the symbolic meaning of the architecture of the Landeszeughaus. The development of chamber music is connected to the rise of the "music room." From the early modern age, the houses of the affluent middle-class elite began to include these rooms devoted to music, where concerts could take place in intimate spaces. The architectural design, size, and decoration of these music rooms became indicators of the wealth of their owners, so that a very specific economic value was inscribed within the immaterial essence of music. Gradually, the presentation of instruments became more important than any actual music played. Although the typical designs of music rooms and arsenals are not comparable, Bultheel sees both as "historical storerooms of power and capital."

This conceptual contrast and connection between architecture, infrastructure, and economy via the means provided by music and performance is at the heart of Bultheel's performance. UNTER KAMMERMUSIK is one of a number of projects in which Bultheel addresses the links between war and music. Thanks to technological developments for pipes, valves, and bells, for example, it became possible to enter into territories that were beyond the range of human vision. In our present day, past wars are depicted mostly by means of visual material such as maps.

By composing immersive musical scores and experimental soundscapes, Bultheel reanimates the bodies that originally served as the vehicles of war. In UNTER KAMMERMUSIK, he uses the bodies of the performers to achieve this, letting them move through the narrow and dark corridors of the historical building as they play their instruments, creating an intimate acoustic environment for reflection about vulnerability and resilience, darkness and light, the past and the present.