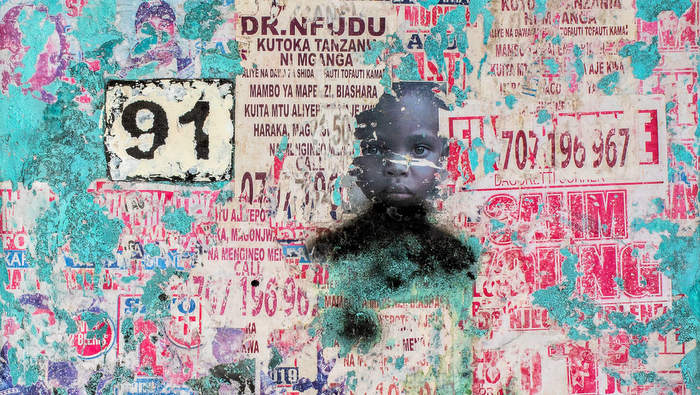 For the show “Nairobi, here we Art”, we look at three contemporary Kenyan artists, their inspiration, their work and the relationship they have with their home country: International well-known artist Evans Mbugua living and working in Paris and two young emerging artists, David Thuku and Onyis Martin, both member of ARTLabAfrica, a cultural platform focused on developing experimental art in East Africa. Third artist to present you: Onyis Martin.

Talking Walls by Onyis Martin: a modern interpretation of the Tower of Babel.

Born in 1987, living and working in his native Kenya, Onyis MARTIN knew how, in a few years, to gain his place among the visual artists recognized in Africa. At the age of 32, he had already exhibited on all five continents. At the academic level, in 2006 he left the Aquinas High School of Nairobi and in 2010 he did so at the arts center, Mukuru Art and Craft, before dedicating himself to training in neurolinguistic programming and family constellation therapeutic methods, which is at the very least unusual for an artist. MARTIN is perhaps principally a painter, but his work as an artist goes further, with facilities and results that do not lead to indifference.

After his beginnings in his country, MARTIN’s works spread rapidly around the world from a fair in Taiwan, artistic residencies in Germany and Poland, shows in Australia and participation in 1:54 art fair in London since 2016 and New York in 2017. His presence is prominent in several exhibitions of large institutions in South Africa, including the Cape Town Zeitz Museum in 2019.