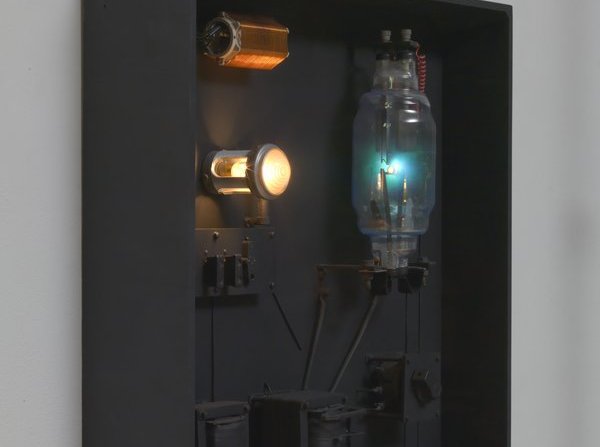 Over a 70-year career, Takis (Panayiotis Vassilakis, b.1925) has created some of the most innovative art of the 20th century. A sculptor of magnetism, light and sound, he seeks out the essential poetry and beauty of the electromagnetic universe.

Takis at Tate Modern will bring together over 70 works, including a rarely-seen Magnetic Fields installation, musical devices generating resonant and random sounds, as well as forests of his pivotal Signals.

Born in Athens in 1925, Takis is a self-taught artist who moved to Paris in 1954 and became a key figure in the artistic and literary circles of Paris, London and New York. His inventions earned him the admiration of the international avant-garde, from William S. Burroughs and the American Beat poets to artists including Marcel Duchamp.