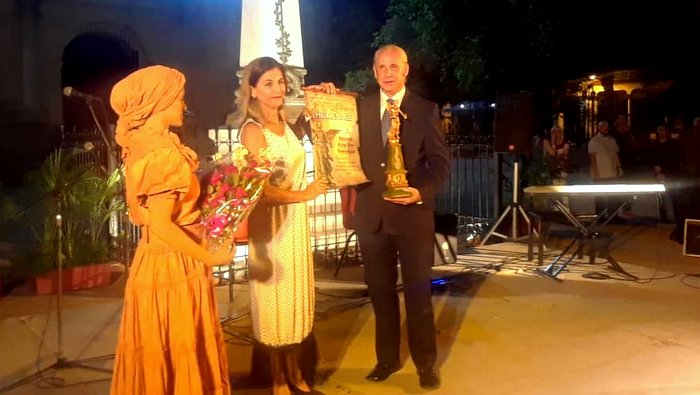 The city of Holguín gave José Carlos de Santiago, president of the Excelencias Group, the El Angelote Award in its twentieth edition, for the promotion of the values ​​of culture in Ibero-America, and the founding and development of Arte por Excelencias magazine, which up to ten years of existence in the middle of the celebration of the XIII Biennial of Havana.

During the cultural gala and solemn ceremony, held on Wednesday night in the elegant and crowded Carlos Manuel de Céspedes Park, the Director of Culture in the municipality, Odalis del Monte, presented the beautiful statuette to the well-known editor, journalist and director Spanish tourist, who has been defending the Destino Cuba promotion for more than twenty years.

Holguín celebrates and commemorates with this event and annual hall of the visual arts, the dates in which the city unveiled the monuments that in three of its central parks evoke the memory of the patriots who gave their lives for the independence of the Island.

The El Angelote Award has been granted in its two decades of existence to artists of the level of Puerto Rican Andy Montañez, the Dominican Danny Rivera, and Cubans Silvio Rodríguez and Pablo Milanés, and the range of recognition has spanned from the writers and essayists Roberto Fernández Retamar and Graciela Pogolottí to musicians such as Frank Fernández and Juan Formell.

Prior to the evening ceremony, José Carlos de Santiago presided over the presentation of the magazine Arte por Excelencias No.44 at the Provincial Arts Center, together with the Cuban artist Jorge Hidalgo Pimentel, whose work appears on the cover and dossier, and Rachel García Heredia, Provincial Director of Culture.

The painter Hidalgo Pimentel thanked Excelencias and the cultural authorities for the honor and recognition of his more than sixty years of professional life; He expressed his satisfaction with the design and quality of the pages of Arte magazine ... and assured that he still has a lot to say and paint, just when he recovers from a surgical intervention in his eyes.

José Carlos de Santiago completed three days of an intense work schedule in Holguín province, upon his return from the DATE gastronomic events in the Dominican Republic and Saborea Puerto Rico; which included the tour of tourist facilities in Mayarí, Rafael Freyre and Holguín; meeting with provincial managers and directors of tourism at Hotel Pernik; in addition to his intervention before artists and promoters in cultural institutions such as the Holguín Gallery and the Provincial Art Center. 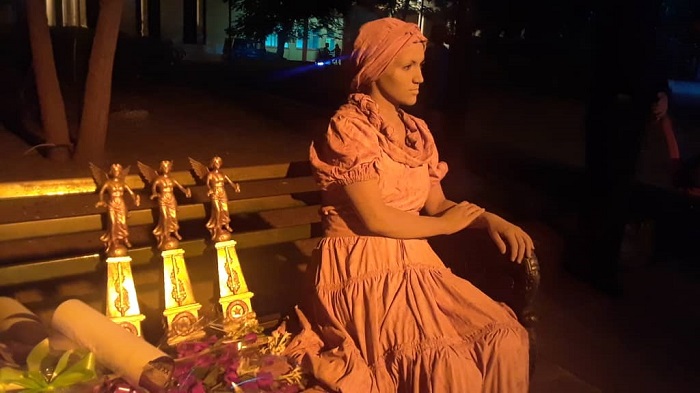