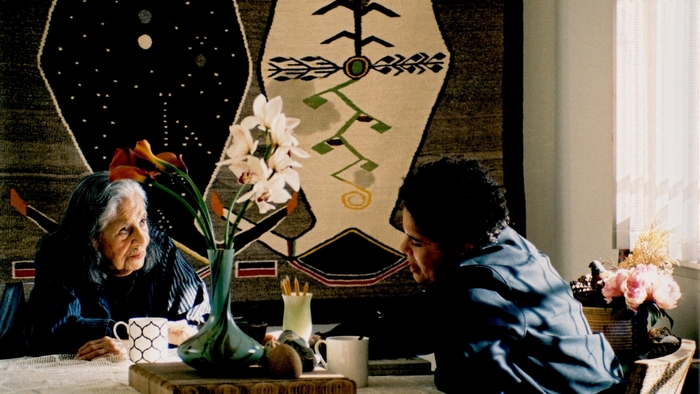 Since the early 1990s, Tacita Dean (b. 1965, Canterbury) has developed a singular body of work using multiple mediums, like film, photography and sound; drawing, printmaking and collage. Encompassing a diverse array of subjects, her work is characterised by a careful observation of time, a keen attention to history and a love of the fine details in life. Dean also welcomes chance as one of her guiding principles. A great believer in the non-deliberate act, Dean sometimes allows contingency, circumstance and accident to dictate the final outcome of a work. Since 2011, the artist’s work has also had to deal with digital imaging eclipsing photochemical film and photography, a topic she has written and spoken about at length describing an exponential accumulation of images: ‘A world that does not forget is a world that is drowning in its inability to forget.’

The East Gallery brings together the original artworks used in the stage sets for the ballet The Dante Project, which premiered at the Royal Opera House in London in October 2021.

Dean designed the sets and costumes for a ballet choreographed by Wayne McGregor (b. 1970, Stockport) with an original score by the composer Thomas Adès (b. 1971, London). The Dante Project is based on Dante Alighieri’s (b. 1265, Florence – d. 1321, Ravenna) The Divine Comedy and staged in three parts, representing Dante’s journey through the realms of the dead – Inferno, Purgatorio and Paradiso.

Using three distinct mediums – drawing, photography and film – for each act, Dean’s set design moves from negative to positive, monochrome to colour and from representation to abstraction, plotting Dante’s passage through the underworld. Inferno (2019) is the largest blackboard drawing Dean has made to date and depicts an inverted frozen mountain landscape in negative. Taking inspiration from the cold environment described by Dante, Dean conceived a versatile netherworld where the souls dance beneath a low ceiling. Above them, a small mirrored ellipse rights the inverted mountains revealing a glimmer of the normal world, unattainable to the damned.

Purgatory (Threshold) (2020) is a large-scale photograph pinned to the wall, laboriously overlaid with white pencil. Just as Dante’s ‘Purgatorio’ is an intermediary state, Dean explored the idea of making an image somewhere between negative and positive. Photographed using an 8 x 10 analogue camera, Jacaranda trees – with foliage that turns completely purple in the spring – are depicted in prints that reverse the negative to a positive, turning the distinctive violet flowers into an other-worldly green. The white pencil veiling the surrounding urban landscape accentuates the strangeness of the image.

In the centre of the gallery is a pavilion housing the 35mm film Paradise (2021), the final work of the trilogy. It is the first time that Paradise is being shown as an artwork outside of its staging in the ballet. The soundtrack is a digital simulation of Thomas Adès’s orchestrated score Paradiso. Known technically as a MIDI, the computer simulation became an invaluable tool while the orchestra were unable to record the music during the Covid-19 lockdowns. Paradise was filmed in the extended format Cinemascope and is entirely abstract, drawing on the circular and planetary motifs present in Dante’s ‘Paradiso’. The film’s rich colours were taken from the palette of William Blake (b. 1757 – d. 1827, London) and can also be seen in the ten hand-printed silkscreen prints representing the planetary states in the corridor.

Other works associated with The Dante Project are also on show, including two artworks from the Purgatory series entitled Purgatory (Mounts I & II), 2021 and an eight-part photogravure entitled Inferno, 2021, made from a panorama of vintage photographs showing mountains with collage and notation to depict Dante & Virgil’s journey. A small chalk drawing, Expulsion (2019), after Masaccio’s (b. 1401, San Giovanni Altura – d. 1428, Rome) fresco in the Brancacci Chapel in Florence, depicts Adam and Eve’s expulsion from Eden. Commissioned by the Süddeutsche Zeitung Magazin, the drawing was made in response to Britain’s exit from the European Union.

The second half of the exhibition is formed around Tacita Dean’s 16mm film One Hundred and Fifty Years of Painting (2021) shown in a specially designed pavilion that also includes two paintings by the artists featured in the film: Luchita Hurtado (b. 1920, Caracas – d. 2020, Santa Monica) and Julie Mehretu (b. 1970, Addis Ababa). The film is a conversation between the two women and came about because of their friendship with Dean. Realising that both painters shared a birthday – November 28 – and that Luchita would be turning one hundred in 2020 on the same day that Julie would be turning fifty, Dean filmed them chatting together in Luchita Hurtado’s apartment in Santa Monica on 3 January 2020. The title is deliberately hyperbolic and belies an intimate situation where both women talk freely about life and death, about being immigrants in the US, about motherhood, climate change and of course, about painting. The two paintings presented here, Hurtado’s ‘Sky Skin’ painting Mascara (1975) and Mehretu’s Hineni (E.3:4) (2018), are discussed in the film.

Dean’s lithograph series made with master printers Gemini G.E.L. in Los Angeles, LA Exuberance (2016) and LA Magic Hour (2021), hang on the walls surrounding the pavilion. Made without photography from drawings, the prints exemplify Dean’s delight at the Los Angeles sky upon her arrival from Europe. Alongside these are six small recent slate drawings also on the theme of the Los Angeles sky.

Showing in the Small West Gallery is Buon Fresco (2014), a film of Giotto’s (b. 1266, Vespignano – d. 1337, Florence) frescoes in the Upper Basilica of St Francis of Assisi in Italy. Filmed with a macro lens at close quarter, the eye of the camera gives the viewer a privileged view of Giotto’s frescoes, highlighting the exquisite detail and the artist’s painterly craft.

Biography
Tacita Dean (b. 1965, Canterbury) has recently held solo exhibitions at Kunstmuseum Basel, Switzerland (2021); EMMA – Espoo Museum of Modern Art, Finland (2020); Ny Carlsberg Glyptotek, Copenhagen, Denmark (2019); Serralves Museum of Contemporary Art, Porto, Portugal (2019); and Kunsthaus Bregenz, Austria (2018). In 2018, she had three simultaneous exhibitions in London entitled LANDSCAPE, PORTRAIT and STILL LIFE at the Royal Academy of Arts, the National Gallery and the National Portrait Gallery, respectively. In 2011, she made FILM, as part of the Unilever Series at Tate Modern, which marked the beginning of her campaign to protect and preserve photochemical film. In October 2021, a new ballet based on Dante’s Divine Comedy entitled The Dante Project will premiere at the Royal Opera House in London with Royal Ballet’s resident choreographer Wayne McGregor (b. 1970, Stockport), conductor-composer Thomas Adès (b. 1971, London) and with sets and costumes designed by Dean. In 2014–15, she was the Artist in Residence at the Getty Research Institute. She lives and works in both Berlin and Los Angeles.