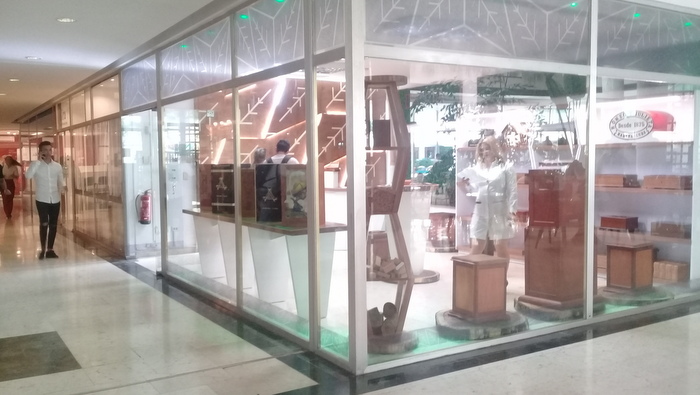 During the Asia-Havana-Habanos event, the DECUBA Store has just opened at the Habana Libre Hotel. It shows the humidors and other works of the Arte en Maderas project in Pinar del Río, which ponders the culture of tobacco. The store has already had a wide acceptance among the participants in the meeting and the tourists in general who attend this enclosure adjacent to the famous Casa del Habano.

Exclusively for Arte por Excelencias, J. L. Milan Domínguez, founder and representative of the DECUBA Project, Arte en Maderas tells us how the journey has been to get here.

"The DECUBA Habana Libre Store is an expression of the concepts of the productive and commercial chain that the country is demanding from us. It is a symbol of a culture that we promote, because the humidor reinforces Habano as a symbol of Cubanness, and the best tobacco in the world.

It is also an expression of the maturity that our work project has reached in Pinar del Río, which has an important role in exporting because it works with pieces that are around - when tobacco is put inside it - the figure of five million dollars.

We are already more than thirty members in the project, whom I represent, who are permanently engaged in technical and creative debates on how to improve ourselves in our work. In that unit is our strength, and the greatest merit is for the group of creators, which is recognized as an indispensable part as artists of the Cuban Fund of Cultural Assets.

This store is a first step in that direction: it is not a space of its own, but rather an agreement with Caracol, which is one of the most important clients we have. And the fact that it is in the Hotel Habana Libre and together with the Casa del Habano, gives us the possibility of carrying out communication actions, so that it is a true exhibition and sale of our works. It has been thought and executed by our artisans and designers; that is why you can see the fabric of tobacco leaves on the wall and in the stained glass windows, the central piece that tells how the wood evolves from the trunk of the original tree, and it is thanks to those concepts that it already receives the congratulations of customers and the entities that work with us.

In essence, it is a space that goes beyond the humidor and that has samples of more than seventy precious woods, mostly Cuban, such as cedar, mahogany, majagua, and other very valuable ones that are imported, and almost one hundred references of marquetry, hardware samples and other essential components to our trade. It is not a common store, but a place of mutual learning for the customer and for us. 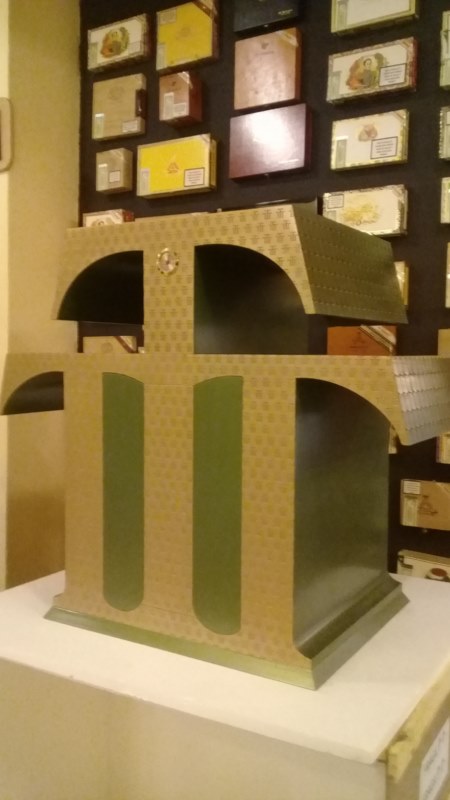 On a visit to Pinar del Río in 2012, the writer, and then Minister of Culture, Abel Prieto, went to discuss the guidelines for the sixth Party Congress at the headquarters of our Cuban Cultural Property project. At that time, he warned us that this work transcended the province, and used a phrase - a little seriously, a little jokingly - that the humidor, along with tobacco, is the "Ferrari" of Cuba, a brand that Illustrate the image. And he reiterated: "Milan, you have a great commitment to this country." And somehow he urged us that we should have an exhibition and marketing space in the capital, for those who cannot reach our headquarters in the westernmost of our provinces.

That is why this is a project that has always promoted the culture of tobacco, and its art in wood. We have been very related, through the Cuban Fund of Cultural Assets, with Habanos S.A. and since 2002 the DECUBA project give pieces for the auction that collects financing for Public Health on the island. Thirty-six pieces for auction have contributed so far, most at the Habanos Festivals, with a group of creators residing in Pinar del Río, and have meant the collection of more than two million dollars that we have contributed to the sector of Health.

In addition to this contribution, we have supported – as long as the financial conditions has allowed it - to the Children's Home without Subsidiary Protection, to the oncology room of the Pediatric Hospital, among others. This is one of the essential characteristics of our project and we will always remain linked in that direction.

In the Asia-Havana-Habanos event, which has just concluded, the project had two pieces that went to auction, one for 10 thousand dollars and the other for 12 thousand, which constituted contributions for Public Health. The second is the most important humidor, due to its size and design work. The piece recreates the city of Trinidad, and is a tribute to the 50th anniversary of the Trinidad brand, which has been celebrated this year. We maintain a very close commercial relationship with Habanos S.A., even before that entity existed, since it dates back to the times of CubaTabaco. The contacts began in the 90s, with two creators that started with small works, and we were leaning towards tobacco, because it is the main region of export of our province, as well as a fundamental exponent of culture. They know us in Cuba and in much of the world because the best tobacco in the world is grown on our land. 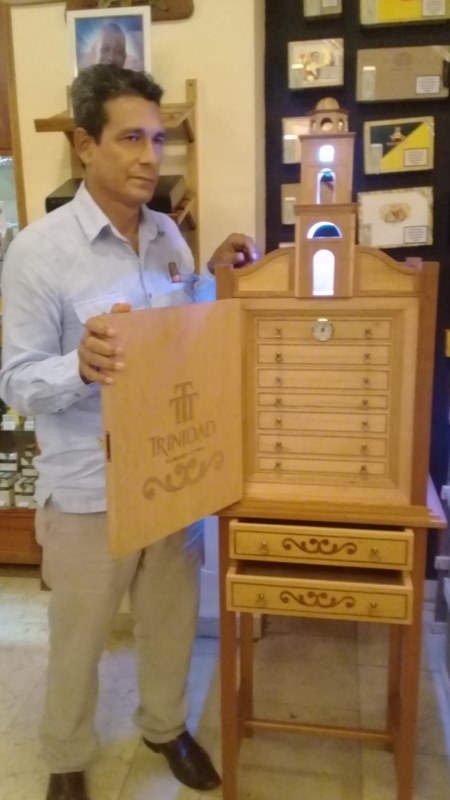 We have managed to make great pieces that have been auctioned at more than 260 thousand dollars. We specialize in this product, and since 1997 we have a stable contract to export with this entity. In total, until today, we have delivered more than 50 special products for Habanos S.A., which are marketed in Casas del Habano, which has been the Habano's boutique in the world.

We also want to highlight that the DECUBA project has had important results such as the training of more than 40 young artisans in various techniques such as wood carving, silkscreen, woodwork and especially in marquetry, the latter almost extinct in the province and very scarce in the country. It has also created jobs in the community, especially among the youngest ones and has received several awards, among which the one awarded to the artisan masters in 2008 and the Best Exporter in 2015 and 2018 stand out".