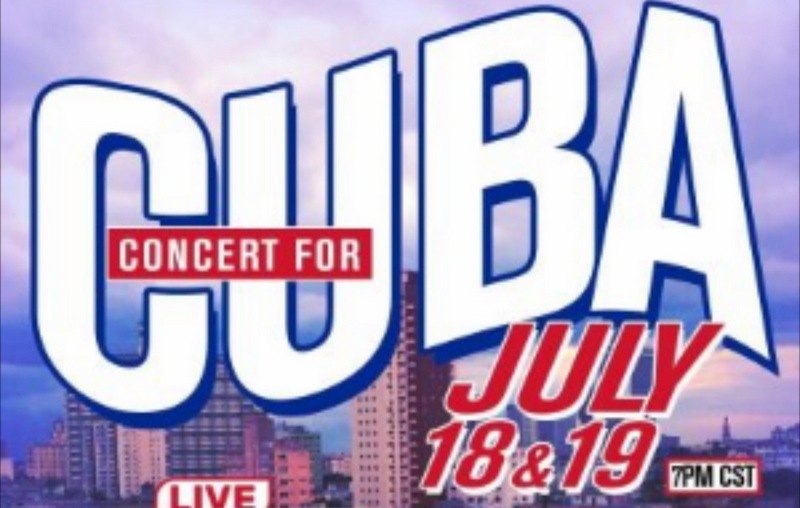 Caribbean News Digital’s Cuba reporter Claudia Gomez talked exclusively with Marguerite Horberg, CEO of Hot House Chicago, the cultural center that has planned and organized the concert for Cuba on July 18 and 19.

What were the basis for selecting the Cuban musicians that will take part in this concert?

First, please understand that the process moved so fast that we did not really have time to create the complete portrait we might have if we had more time. Major artists like Bobbi Cespedes and other late possibilities like Jackson Browne and Bonnie Raitt did not make the final concert version only because we had to create some unfortunate deadlines. This clearly could have been a concert with another two days of great music, poets and activists lending their voices.

The curation was a collaborative process with Bill Martinez, Raul, and I making decisions. Suzanne Thompson also suggested many of the more famous Hollywood names which seemed important to build visibility in the mainstream media

I think Bill, Raul and I were united in our desire to represent a range of generations, styles, and international voices like Susana Baca, Ronnie Malley and Jaime Garza and Camilo Rincon.

Raul worked with the Institute of Cuban Music to solicit their support  in securing the artists and having them record in a secure location given the pandemic.

This is the first time an event of this kind is pieced together. How did you come up with this idea in the first place?

The idea started as such a simple shoutout to Raul Cuza whom I had met in various booking conferences and knew as the manager of Septeto Santiaguero to create a one night, one artist appearance on the HotHouseGlobal live streaming channel. The project mushroomed  into more than 100 voices after the Institute of Cuban Music got involved.

The direction of the event shifted from a strictly musical showcase to one more decidedly celebrating the Cuban Health System- folding in the ideas of the Nobel Peace Prize campaign and calling for an End to the US Blockade - the political emphasis is something all 3 curators feel committed to so it was not hard to have a unifying message supercede the ideas of a bunch of great music.

How did the Hot House name ever occur to you?

Funny you ask, and a great question by the way! Well, it has so many meanings to me. First, the famous Tad Dameron song immortalized by Charlie Parker; second, the association of an incubator of ideas and blooming possibilities, thirdly, Casa Caliente, a hot, hot dance floor where sizzling and sexy people merge -maybe not so much now with the virus.

Is this a one-time-only event or are you considering the possibility of a repeat in the near future?

Well, I have been at the helm of HotHouse for more than 30 years and during that time produced so many fun projects that marry arts and activism - I started the Women of the New Jazz Festival featuring women composers and instrumentalists in the 1990's. Lots of other projects with Cuba including an ongoing Chicago Guantanamo Blues Exchange which unpacks the ideas of over incarceration in Black and Brown communities and the impositions on Afro-descendant peoples

This was a super fun project that happened at a rare moment when people were out of work, not touring and available with short notice- We all did it for free and if we had to put a value on it, it would have cost maybe $250,000 with talent and production costs. It's hard to know if that combination of events will happen again but I know all of us really enjoyed the project and would love to do more work like this - but maybe with more lead time!

Tell us about the logistics behind the making of an event like this.

People spontaneously came together - some people I knew from a weekly Zoom call of North American Arts Presenters and from participants in world music expos like WOMEX- we gravitated to the work and were able to amazingly create a team in a few weeks that covered most of the essential bases - Given that telemetry and streaming is a new frontier, challenges like "whitelisting" and getting permissions from streaming platforms to not interrupt artists recordings  is a new thing to have skills around. Having a great communications plan and team to handle all the social media and traditional media was also key- Luckily we had a great core crew at the center who have also been volunteering to build our HotHouseGlobal Streaming channel and we have a good understanding of the flow of the project and how to cast the shows.

What made this difficult though were the issues of the internet strength in Cuba when it came to uploading the concert files, the challenges of Covid with making physical contact difficult to record for the musicians - working with sound equipment and instruments at their home instead of professional recordings - the Bluehost server of the HotHouse website crashing the day before the steam and other tech challenges.

All said, however considering we were working across many time zones, in multiple languages, with varying degrees of acuity with recording and processing the work- it did really come out remarkably well.

People were motivated by the Cubans and felt that it was an honor to do the work and to respect and give back to the people who we all admire - plus the Orishas were on our side!