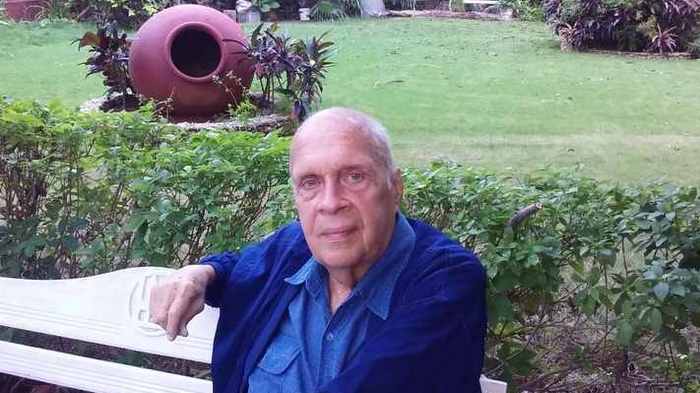 José Ramón Artigas is a Teacher of Masters, although in Cuba in recent times the title has been banalized too much. Not everyone can or will carry such a distinction. Not even the years make a person worthy of this noble qualifier. It is acquired with hard work, with an amazing dedication and therefore with clear results.

Artigas passed the test by learning everything that was within reach from the television production. To be called Master with all the respect of the world that implies that word, Artigas conceived programs of high artistic level, has directed shows of great importance in our Island and above all fulfilled and fulfills that sacred duty to contribute to the education of others.

I doubt then that others-with meager records-allow them to be called master. That word demands consideration.

For the work of a lifetime in the Cuban audiovisual scene and its contribution to the national culture, having demonstrated that on the small screen it is possible to show the best of local and universal art and culture, José Ramón Artigas, National Prize of Television 2007, distinguished by the National Culture in 1996 and Artist Emeritus of the Union of Writers and Artists of Cuba was recently awarded the Excelencias Award 2018.

Here are some of his considerations:

"Some people say they do not want to know about the awards in these ages because sometimes people leave the world of the living. Until now I am in good health and really the Prize itself was a pleasant surprise. Last year when they asked me to record the ceremony, I was very pleased to see no one but Dr. Rodrigo Álvarez Cambras receiving an Excelencias Award. To a colleague like Milton Díaz Cánter, a laborious and humble person receiving an Excelencias del Motor, who deserves it too. (In Cuba, excessive modesty is badly valued and that is a great merit).

«Now, suddenly, the good colleague and friend Alexis Triana asked me to collaborate with the artistic direction, something that has been part of my life: 60 years on television - which I celebrate now in June-; another 45 in the direction of shows by the hand of my teacher Humberto Bravo-who was also my professor of Direction and Production in the Faculty of Humanities of the University of Havana-; 25 years in the world of teaching, first at the Radio and Television Studies Center and then at the Faculty of Audiovisual Media, where I had to assume the presidency of the Racing Commission ... all of them are great satisfactions».

How will it be possible to change every space, however minimal, into a great scene?

«If everyone who has to see from his taxi, a place of gastronomic freelancers ... from anywhere in the city, with the videos that they put, with the music that is listened to, with the people that invites a House of Culture or the ones that gives a show, with all the fabric of culture and why not the media too, if we all did a little bit we were not be so bad.

"Let us always bear in mind that if there is a government that has dedicated money with full hands to education in the first place, to culture, to science, to sport, to humanism ... it has been this country."