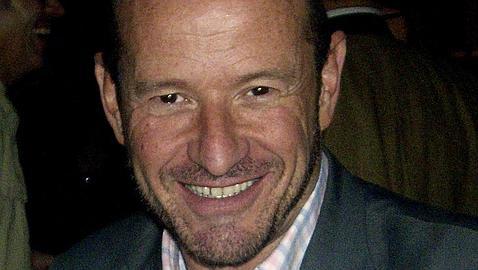 NEW WINDS ARE BLOWING THROUGH ARCO MADRID. CARLOS URROZ WAS BORN IN 1966 AND HIS EXTENSIVE EXPERIENCE IN THE WORLD OF ART GALLERIES AND FAIRS HAS UNDISPUTEDLY MADE HIM A GREAT PLANNER AND ORGANIZER.


How do you define yourself as both a human being and a professional?
As a professional I’m a planner with over twenty years of experience under my belt, working in the field of contemporary art. As a person, I don’t know. I’d rather have people define me.

To the best of our knowledge, you started working for a prestigious art gallery. Tell us about that.
I started working for IFEMA, in other fairs and I had the opportunity of becoming deputy director of ARCO for five editions in a row, between 1994 and 98. So, from the very beginning I’ve been involved in the management of contemporary art at ARCO. Later I left for the Helga de Alvear Gallery where I served a director stint for seven years. In the same breath I founded my own gallery, Urroz Projects, specialized in communications for cultural events.

You’ve been particularly involved in the world of photography and had a hands-on participation in PhotoSpain…
At PhotoSpain I’ve been involved in some particular fields. From the moment my career as a freelancer kicked off outside the gallery and I got involved in cultural management and communication, I’ve had the opportunity of assessing a multitude of photographic projects at PhotoSpain and MADRIDFOTO… But those have been very specific issues because I’ve never been involved in photography more than I’ve been in painting, drawing or any other artistic expression.


You’re penciled in as a down-to-earth professional who turns down string-pulling. Can your current project be viewed as a source of favoritism within the framework of your tenure at IFEMA?
No. Before starting my post at ARCO in the month of May I’d been related to some ongoing projects but I’m not part of any of them as a team member; and the future of these projects is not that clear either. Either way, my involvement right now is fully in ARCO and not in other projects.


In recent years there’s been some major transformation at ARCO that have favorably contributed to a new vision of it both locally and overseas. How have you channeled this project?
Let me begin by saying that I believe ARCO is a major event with tremendous potential that deserves a significant position within the realm of fairs. We’re implementing new programs and cutting down on others. And that’s what we’ll be doing in each and every edition just to make it a much better, more adequate event. We want big-time galleries to attend, to show their first-string artists because that would definitely lure major collectors as well. It’s not going to happen overnight but we’re definitely working on that.
We’ve downsized the fair by slashing such programs as Expanded Box. An event that zeroes in on the quality of its exhibition and targets big-time collectors could definitely improve the overall appreciation of the fair in terms of both professional visits and the attendance of the general public.

Some fairs in Europe have very strong Latin American presence. However, in my opinion ARCO has not given this region the same support other fairs have. Are you planning on opening some new projects on Latin American art in this coming edition? How will it work?
We’re clinging to the Solo Projects, designed to bring in artists from galleries. It’ll be dedicated to the Latin American arts in the course of the next three fairs. The 2011 Solo Projects: Latin America Focus will be commissioned by Julieta Gonzalez, a curator of Latin American art at the Tate Modern; by Luisa Duarte, a freelance commissioner from Brazil, and by Daniela Perez of the Tamayo Museum. This will be no doubt one of the main attraction of the fair and, as a matter of fact, we’ll be making a presentation in Sao Paolo on September 21. We believe this will help to ramp up the turnout of Latin American commissioners, art collectors and the general public at the ARCO fair.
I think either way ARCO has always been a bridge between Latin American galleries and Europe, and even other fairs as well. This time around we want to particularly stress on one of the most important Latin American art projects ever made. However, I do believe the fair has always had a major component out of this particular region.


Has country selection dominated the Solo Projects: Latin American Focus commissioned proposal?
ARCO looks more to people, to artists rather than to countries. The commissioners could outline a programming, a free selection based on the quality of the proposals and their features as a whole. There’s no need to necessarily include a gallery from Colombia or from Puerto Rico; perhaps a Puerto Rican artist is represented by a Berlin gallery, so that’s the one we invite to the fair.

Do you change selection criteria for attending galleries on a yearly basis?
The same criteria are applied, though objectives are better focused this time up. We have worked on an appraisal file in which each and every gallery can send all the details to the fair, info related to, say, previous exhibits and other activities being implemented for the promotion of their artists. That’s the kind of information this committee will look into.

ARCO has deservedly won a privileged spot among the finest contemporary art fairs around the world. How do you rank it right now?
Among the international fairs, Basilea and Miami’s Art Basel are the undisputed leaders. After them and based on turnout numbers –that includes foreign collectors and museum directors- comes a group of five fairs and ARCO is one of them for sure. But that depends on the situation of the market year in and year out. We sway somewhere between the runner-up and the fifth-place spot.


As to the estrangement between ARCO and ArtMadrid. Do you think your being at the helm of ARCO could actually work this out?
In any way there’s a joint action going on and ARCO is not going to stand up against it. But I insist that each fair is responsible for its sector. I think it’s great to have something like ArtMadrid out there because it even puts some responsibility burdens off ARCO’s shoulders. A gallery that was not picked by the Organizing Committee can perfectly have a place to showcase its art. I believe it’s perfectly right. What we need to do is to work on putting ArtMadrid and other fairs like it up to par in terms of quality. That will definitely reel in collectors from every nook and cranny of the globe.

The world economic crisis hit the realm of collectors particularly hard in some levels, especially among art gallery owners. What do you make of year 2011 and art purchases by ARCO?
My first part of my tenure at ARCO unfolded during the 1990s crisis. But in those times of crisis ARCO has raked in higher purchase volumes because both private and institutional collectors –yet with less budget in their hands- have always wanted to make those purchases at ARCO. We’re fully aware of the ongoing situation but we also believe the Spanish public, the guests collectors –over 150 of them- have put good numbers on the board in the past and I’m confident they’ll continue to do so this year.

In ARCO’s projection toward Latin American art, have you ever thought of some kind of supportive scholarship for artists to showcase their artworks in the fair, perhaps some sort of special space unrelated to the gallery owners?

ARCO is a gallery fair and galleries represent artists. The Solo Projects, where Latin American artists will exhibit their works this time around, is a subsidized part of the fair, with fares much lower than those paid by a gallery just to display whatever it wants. ARCO grants no scholarships, but it does balances prices and fares for all galleries in such a way that if they’re involved in some kind of dicey operation –like showcasing the work of only one artist- they won’t have to shell out that much money.

What special actions have you devised to bring the Russian market to the fair as both exhibitors and buyers?
We always handpick a number of galleries from the guest nation, eight in this case, chosen by young commissioner Daria Pyrkina. As a novelty, they will be intertwined with other galleries attending the fair. I mean, they won’t have a space all their own in order to trigger a much larger project exchange. Each gallery invites its own collectors and a prize will be given to a Russian collection, as we’ve done in the past. We’re also going to present luring projects, many of them private, that are underway all across Russia, chiefly in St. Petersburg.