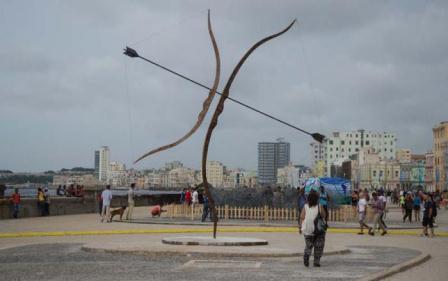 When the year is about to close, we can say that 2015 has been very flourishing, a period of extraordinary moments for plastic arts in Cuba and also for the rest of the world, given its magnitude.

One of the longest events was the 12th edition of Havana’s Biennial Art Exhibition held from May to June, which involved different urban sites and more than 300 Cuban and foreign artists.

Featuring among those artists were Anish Kapoor of India, French Daniel Buren, Afghan Aman Majadidi, Lang and Baumann of Switzerland, Chilean Gisela Munita, Uruguayan Guillermo Zabatela, among others who, like Italian Michelangelo Pistoletto, have come more than once to bring their pieces and share their dreams.

Captivated by the possibility of interacting with artworks and their creators, viewers visited cultural centers, plazas and iconic sites of the Cuban capital.

One of the most attractive proposals was the exhibition Detrás del Muro (Behind the Wall), which consisted of 50 pieces on display along the Havana Malecón (seawall drive), a sort of outdoor gallery.

The event brought together the projects of Ernesto García, Liudmila López and Duvier del Dago (Cuba) and those by guest artists such as Panamanian Humberto Vélez, Moroccan Mournir Fatmi, and U.S. Duke Riley, who simulated a skating rink that alluded to the new stage in Cuba-U.S. relations.

The 12th Art Biennial also became a platform for exhibiting Cuban art with the creation of a special space at the Morro-Cabaña Complex called Zona Franca (Duty-free Zone), which later on became the largest exhibition of contemporary Cuban art.

Amid that context, the renowned Cuban artist Alexis "Kcho" Leyva Machado opened the Romerillo Organic Museum (MOR), which is part of a larger project that turns art into a basic item. Consequently, it has reached homes, parks, bus stops, establishments, walls and other urban spaces in that neighborhood.

Other transcendental events for visual arts in Cuba were held in parallel to the Biennial Art Exhibition, including the exhibit by the Cuban painter Tomás Sánchez, who returned to the National Museum of Fine Arts 30 years after having his last exhibition on display there.

Sánchez returned to Havana with an exhibit of eight canvas paintings titled Paisajes (Landscapes), which was open to the public until September.

It was at that cultural institution that artist Pedro de Oraá was granted the 2015 National Fine Arts Award, the highest distinction given to an abstractionist author.

Meantime, the National Museum of Fine Arts welcomed for the first time an exhibition by a U.S. photographer, making it very special for the 130 photos that Peter Turnley chose from his collection Momentos de la condición humana (Moments of the Human Condition) and that he had on display there.

This opportunity also served as pretext for launching the book Cuba. Una gracia del espíritu, with photos taken by Turnley during his many visits to Cuba.

In 2015 the Cuban capital became the epicenter of such great events as the exhibition Masson-Lam, diálogos imaginarios (Masson-Lam, Imaginary Dialogues).

This exhibit consisted of 37 engravings by the Cuban painter and 40 by French André Masson, plus two drawings donated to the Cuban people by art collector Gilbert Brownstone Masson and the family of the renowned French painter.

Havana also welcomed ten original plaster sketches by Italian Angelo Zanelli, specifically designed for the sculptures and arcade at the Cuban National Capitol, which will be on display until March 2016.

The sketches came to Cuba thanks to a cooperation agreement between the Italian Ministry for Cultural Assets and Tourism and the Office of the Havana City’s Historian.

Also significant was the 19th International Handicraft Fair of Havana, an initiative by the Cuban Fund of Cultural Assets that exhibits and has for sale works by 250 Cuban artisans and 62 from other countries like Peru, Spain, Panama, Colombia and Ecuador.

Making a summary of all major events held in one year is a modest endeavor compared to the huge creative capacity of artists. 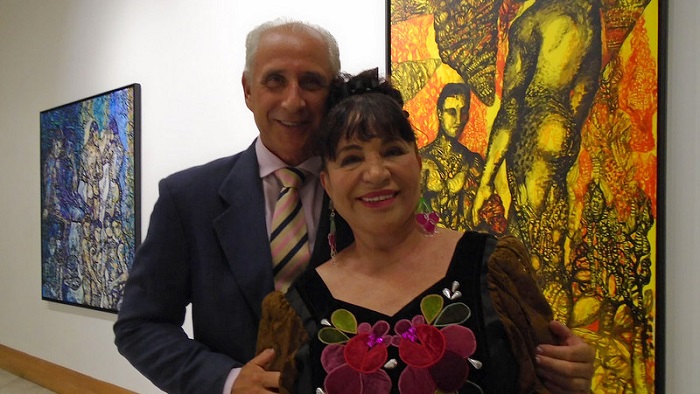